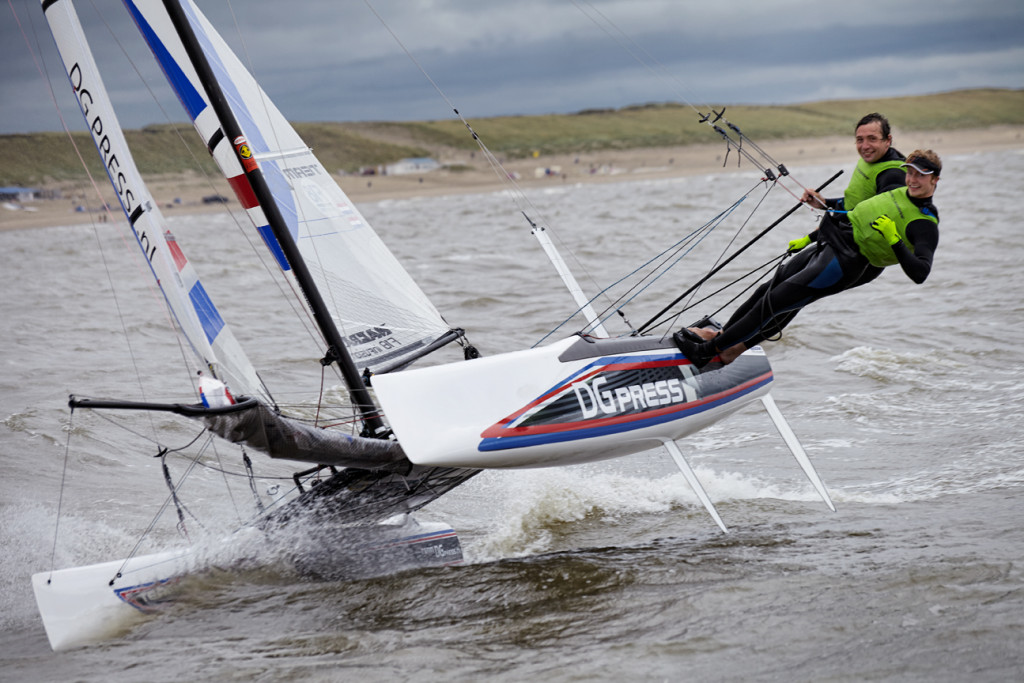 In the Netherlands the Eneco Luchterduinen Race 2015 was held on 15-16 August. This event is a two day event with a long distance race on Saturday and up-down wind races on Sunday. F18 Vice World Champions Oscar Zeekant and Charlie Begemann were on fire again and won the event. In second position Rik Duinmeijer and Corstiaan Alessie followed by Maarten van Klaveren and Mariëlle Zonneveld who ended in third position. 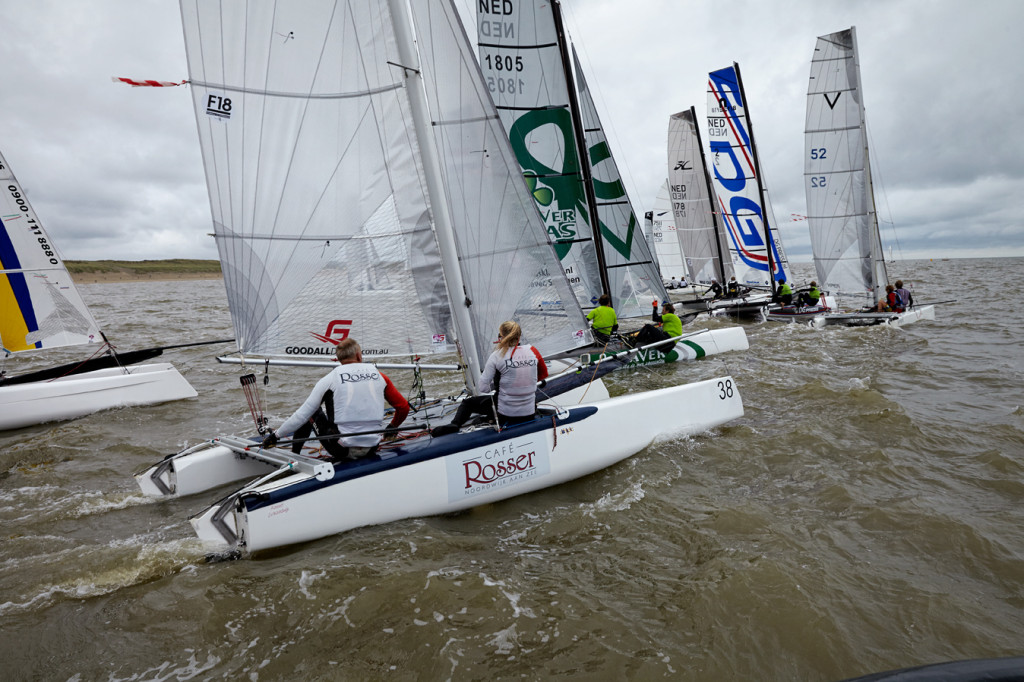 Saturday there were some tactical advantages in a 5 beaufort breeze. Almost a flat sea were perfect conditions for some high speed sailing. “From the start is was full trottle to the upwind mark. Every leg we extended our lead on the rest of the fleet and in the end we had an advantage of 4 minutes on the next Formula 18”, says Begemann.

Sunday started with almost 6 beaufort and ended with a nice 5 beaufort. Oscar Zeekant and Charlie Begemann again finshed almost every race 5 minutes before the rest of the field. Begemann: “Again we had a great day of sailing, we head towards the right side of the course every race and had a very good speed. It was a super nice weekend for sailing in the end, with more sun then was expected.” The next Dutch F18 class event will be in Noordwijk, followed by Open Dutch Championship in their sail mecca Medemblik.

Also the Dutch chairman Bas Paumen looks back at a great event: “We had some perfect sailing conditions with a typical Dutch North Sea swell of approx. 2 meters high, and a good 15-17 knots. Often it was like riding a sled downhill, with a cliff waiting for you in the form of the next wave. For crews, standing on the back of the boat looking into a deep valley of sometimes 6 meters..that’s awesome … as a helm you have other things on your mind at that moment … secure the landing! We love this type of sailing all boats came back to shore in one piece! Perfect sailing! In two weeks Bries in Noordwijk, which often offers similar conditions.”