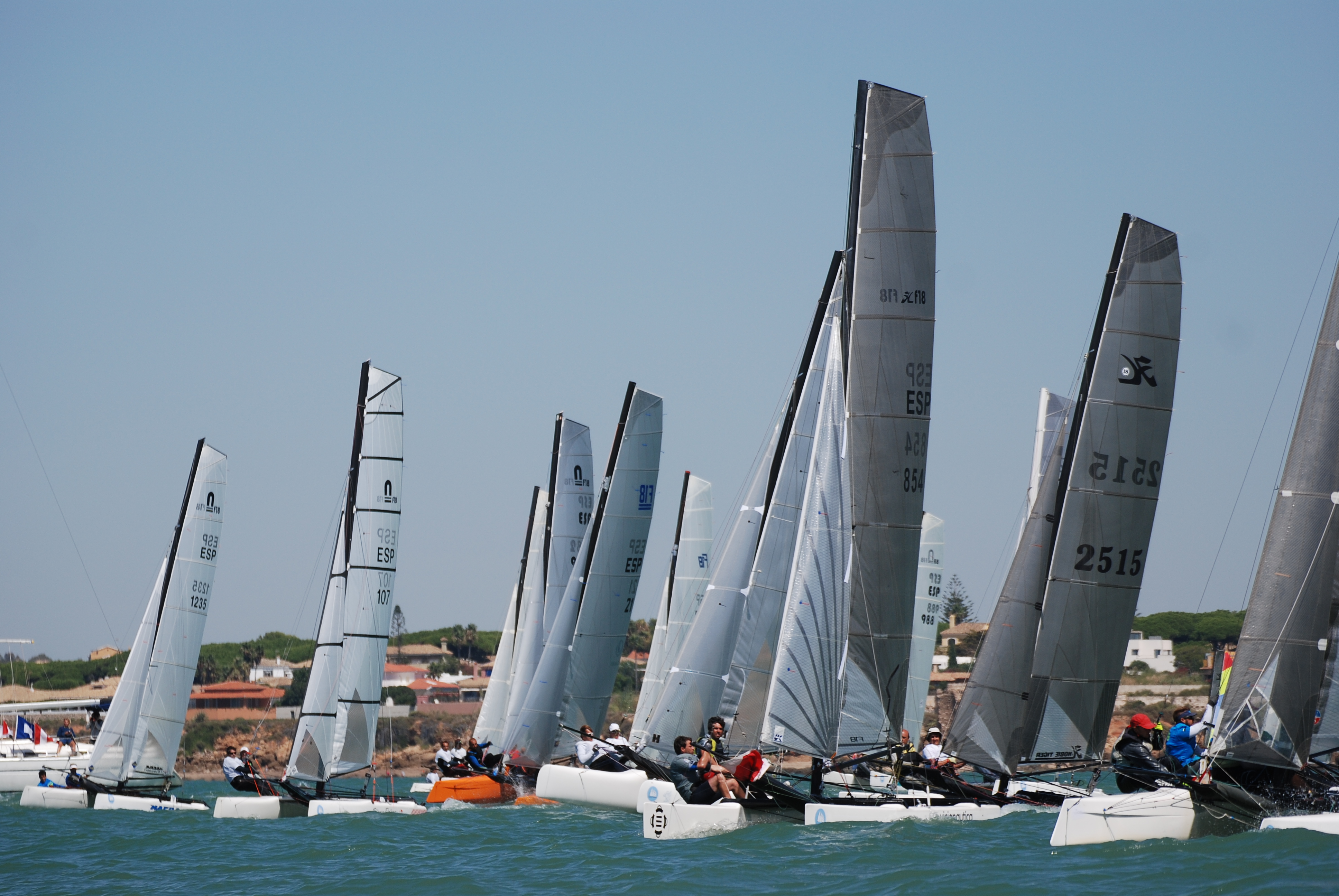 From 7 till 10 September at the Club Nautico Puerto Sherry the Spanish Nationals 2017 were held. During the three days of sailing Jordi Sanchez & Alberto Torne Muñoz were by far the best team during the weekend. With only 8 points after 8 races they took the Gold on Sunday. Chisco Catalan & Jose Quiñones Vila were second with 23 points, Iñigo Sesma Pardo & Javier Sesma Pardo are third with 30 points. A summary by Rafael Martín-Prat de Abreu (Secretary F18 Spain).

21 Formula 18’s signed up for the event, no less then 19 of them showed up at the startline. Rafael Martín-Prat de Abreu tells: “It was an excellent orginized event by the club with also a very important social agenda! On Thursday there was time for official measurements and some training on a flat sea in 8-12 knots breeze. On Friday 3 races were held in 10-14 knots conditions, but on Saturday we had to stop after one race because of too much wind (25+ knots) and big waves. On Sunday we were able to continue our championships sailing 4 more races in sunny conditions.”

“Jordi and Alberto showed they are champs immediately by winning the first 3 races on Friday on their orange Hobie Wild Cat. These guys are in not only good sailors, but also in a good physical shape. At the Hobie Wild Cat Worlds in Holland this year they were third, behind Mitch & Rita Booth. By the way, these guys train a lot with Mitch whole year and also make a living out of sailing.”

Next year, the F18 Europeans will be held in Spain and Rafael thinks Spain will have about 30 boats at the start. So all other participants, be prepared for these local experts next year.

More detailed results of all races and teams can be found here.
About ~1000 photos here on the Facebook page. More information about the evtn on the official website.