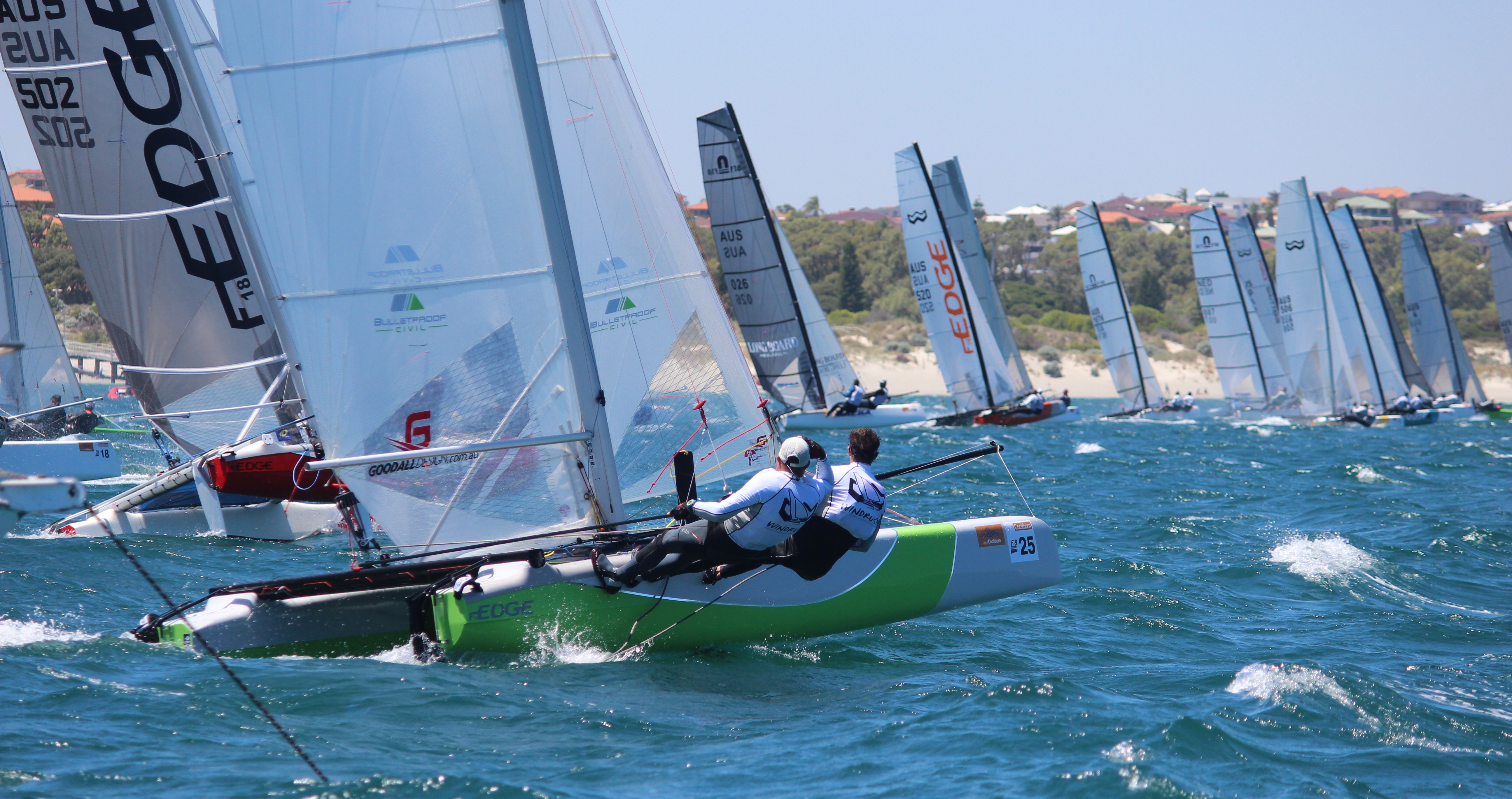 The Australian F18 Nationals were held at Jervoise Bay Yacht Club, Western Australia 24-27 January. 34 boats were able to attend the regatta this year. James Clark & Max Puttman were the absolute top dogs during the event from day one by winning 10 out of 12 races! A summary by the organisation of a great event Down Under.

The teams got all kinds if wind conditions: From 7 knots on the first day on the first leg of race 1 increasing to 19 knots thereafter. But on day four they started with 18 – 21 knots with gusts of 25 knots, while sea conditions were generally quite flat. Racing was dominated from the outset by WA crew James Clark (skipper) and Max Puttman (crew) on an Edge who won the event with a truly remarkable first place in races 1 – 11 (they did not need to sail the 12th race), despite strong opposition by many world class sailors in the fleet. All these wins, bar one, were very strong, leading second place by several hundred metres. Both James and Max had trained heavily leading up to the event and it showed with superior boat speed, height, crew work and tactics. This was despite the lack of any funding or coaching but a scientific approach to what worked and what didn’t. James and Max sailed with a Goodall boomed decksweeper (with minor modifications by Max – Next Gen Sailmakers) and a spinnaker made by Max.

Normally about 46 boats compete at an Australian nationals, but due to the significant distance crews had to travel from eastern states (eg 36 hours driving time from Melbourne – even more from Tasmania). The support for the regatta reflects the strength of the F18 class in Australia and in particular, the support for the WA fleet who travel this distance or more every year to attend nationals in the eastern states. 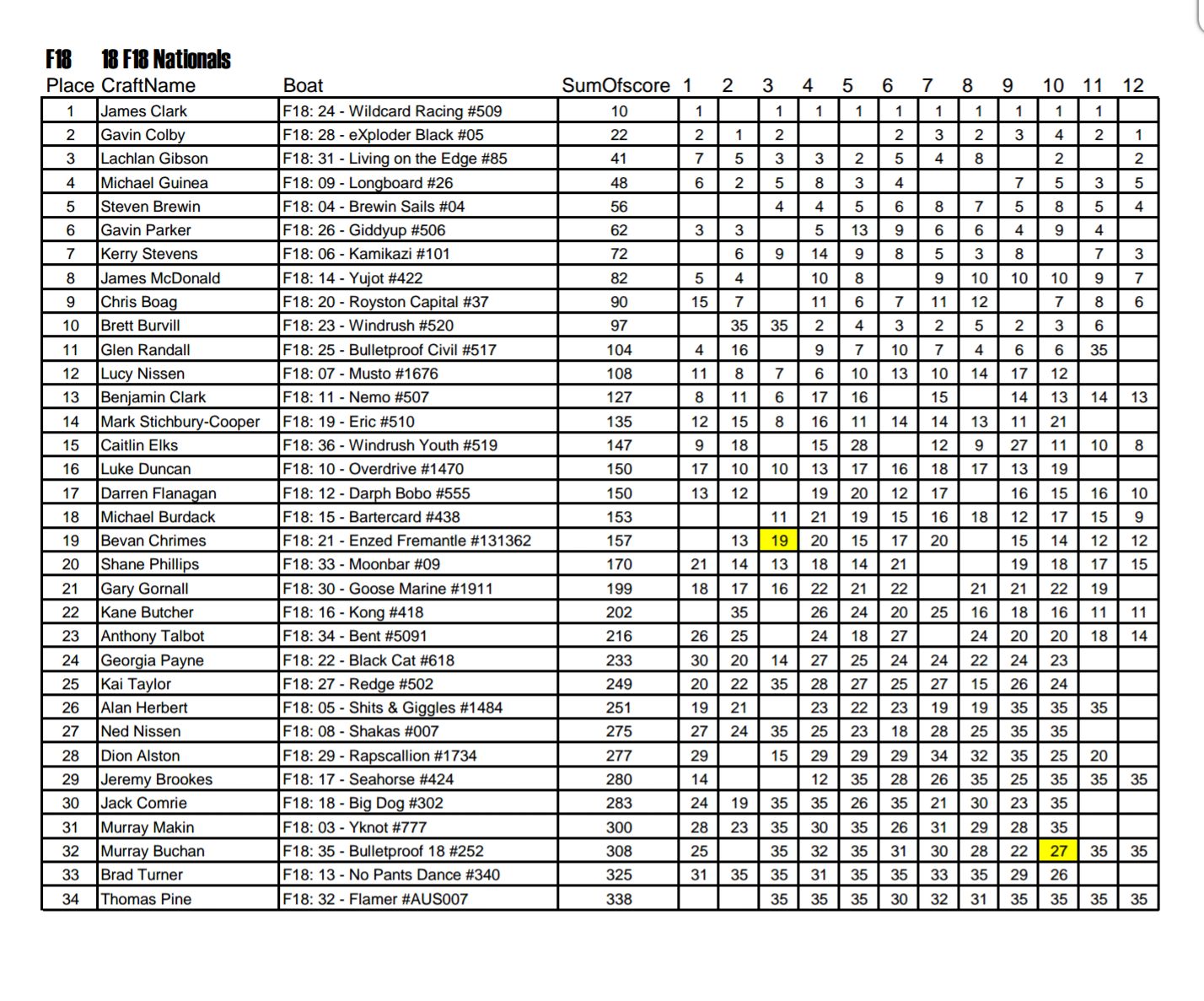