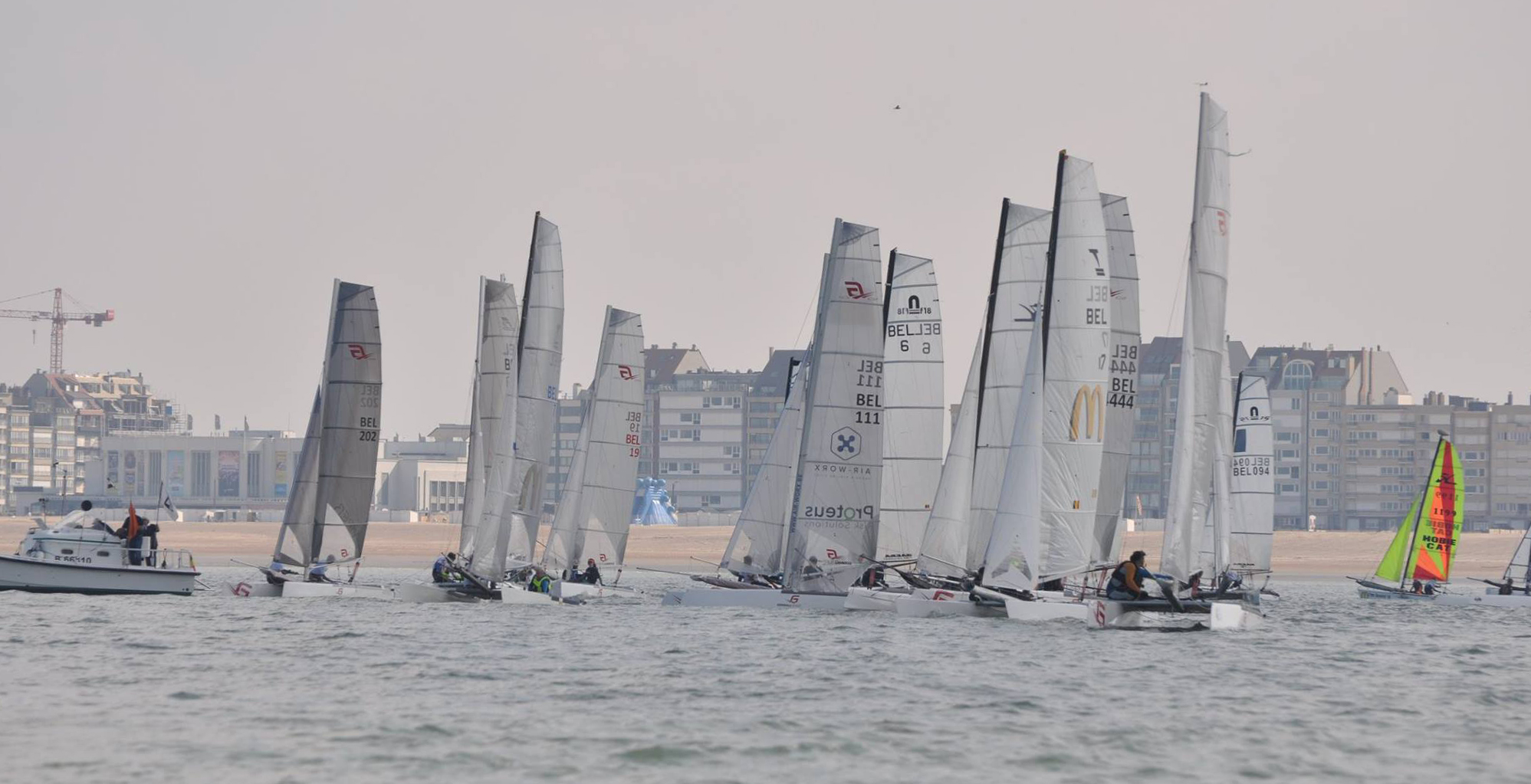 On September 30th and October 1st the Open Belgian Multihull Championships were held at the Royal Belgium Sailing Club in Knokke-Heist. Nineteen Formula 18 catamarans showed up at the start with participants from Holland, Britain, France and of course Belgium. For local sailors Philip Hendrickx & Filip Olyslager the conditions on Saturday were perfect, where they were both master and commander. Although they had some tight battles with Dutchies Hans & Marius van Dam who ended 2nd overall, Demesmaeker & Tas were 3rd.

The Belgium Multihull Championships is a yearly event where not only various catamaran classes join, from Hobie Dragoon unto F18’s, but also the number of boats on the water are always good. “This year it was a big surprise to see so many teams from different European countries at the start in the F18 class  for our Open Belgium Championship title!”, Filip Olyslager tells. 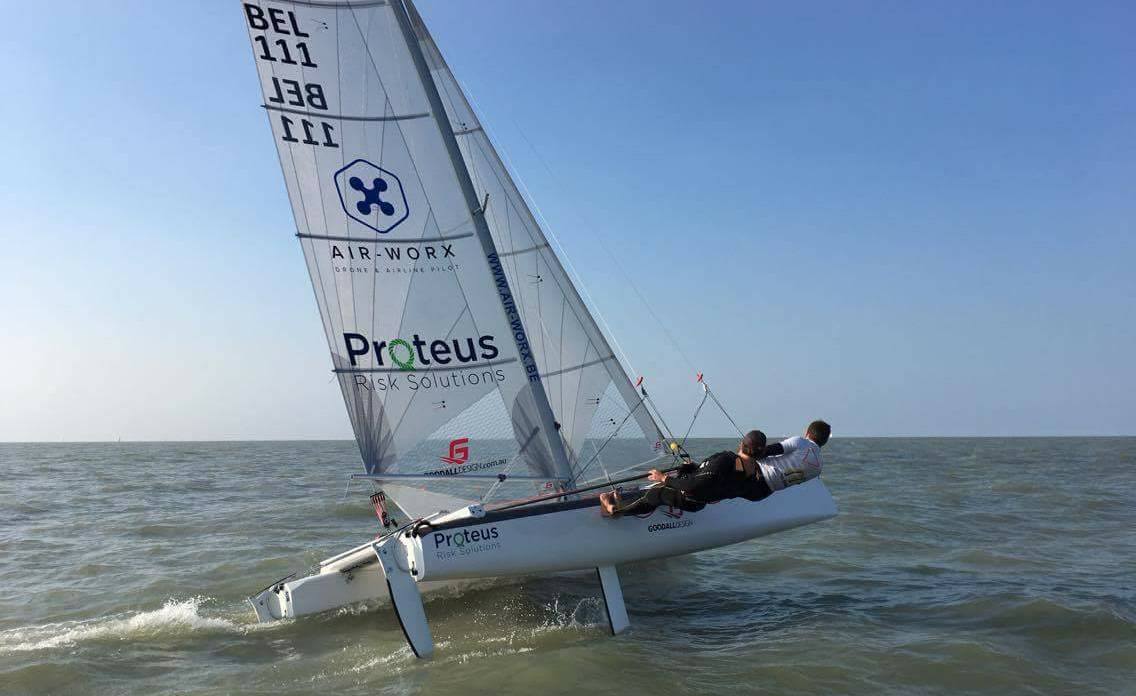 Because of the unpredictable weather conditions for the weekend the RBSC choose to wait till 13:00 before starting races on Saturday. At that moment a very shifty wind of ~10 knots made it hard, and exciting at the same time to sail, especially with the strong current. It was a wise decision from the Race Committee to schedule 5 races for Saturday to be sure the Belgium Championship was valid. The weather predictions for Sunday were pretty uncertain with a possible 25+ knots forecast.

Ideal decksweeper conditions
Philip Hendrickx: “All weekend we had good boat speed. In the first race we didn’t had a great start and immediately had to chase Boulogne who had a big lead already. Thanks to the known local circumstances we were able to overtake him and score our first win of the day. Especially in 5-12 knots conditions we are pretty fast. We’ve noticed that at the F18 Worlds in Copenhagen, but also two weeks ago in Medemblik at the Dutch Open Championships. I think our biggest competitors this weekend were the Van Dam’s (Dutchies father Marius and son Hans), they are also very fast in these conditions. Thanks to our knowlegde of the local tide and were able to make a difference. But also our new decksweeper worked out well again. We only trained and sailed with the decksweeper in 5-15 knots conditions and are convinced about the advantages. In the beginning we had to figure out if we had to change our maneuvers during tacks, but it all seems pretty easy and straight forward. We do know that we are able to sail much higher with the decksweeper when we don’t have to do trapeze like last weekend.”

For Philip Hendrickx the F18 Belgium Nationals was the only Belgium catamaran prize he didn’t win so far. After the Hobie Dragoon, Hobie 16, SL16, Formula 16 he can now add this Belgium Formula 18 trophy on his wall. Thanks to being on serveral podiums this year, Hendrickx/Olyslager recently also got Proteus as their newest sponsor and are herewith able to secure their participation at many events in 2018. Next goal: podium at the Formula 18 Europeans in Spain (2018).

On Sunday no race could be sailed. Gurvan Bontemps and Emmanuel Boulogne gave it a try and went on the water, but also concluded conditions were too tricky to sail races. 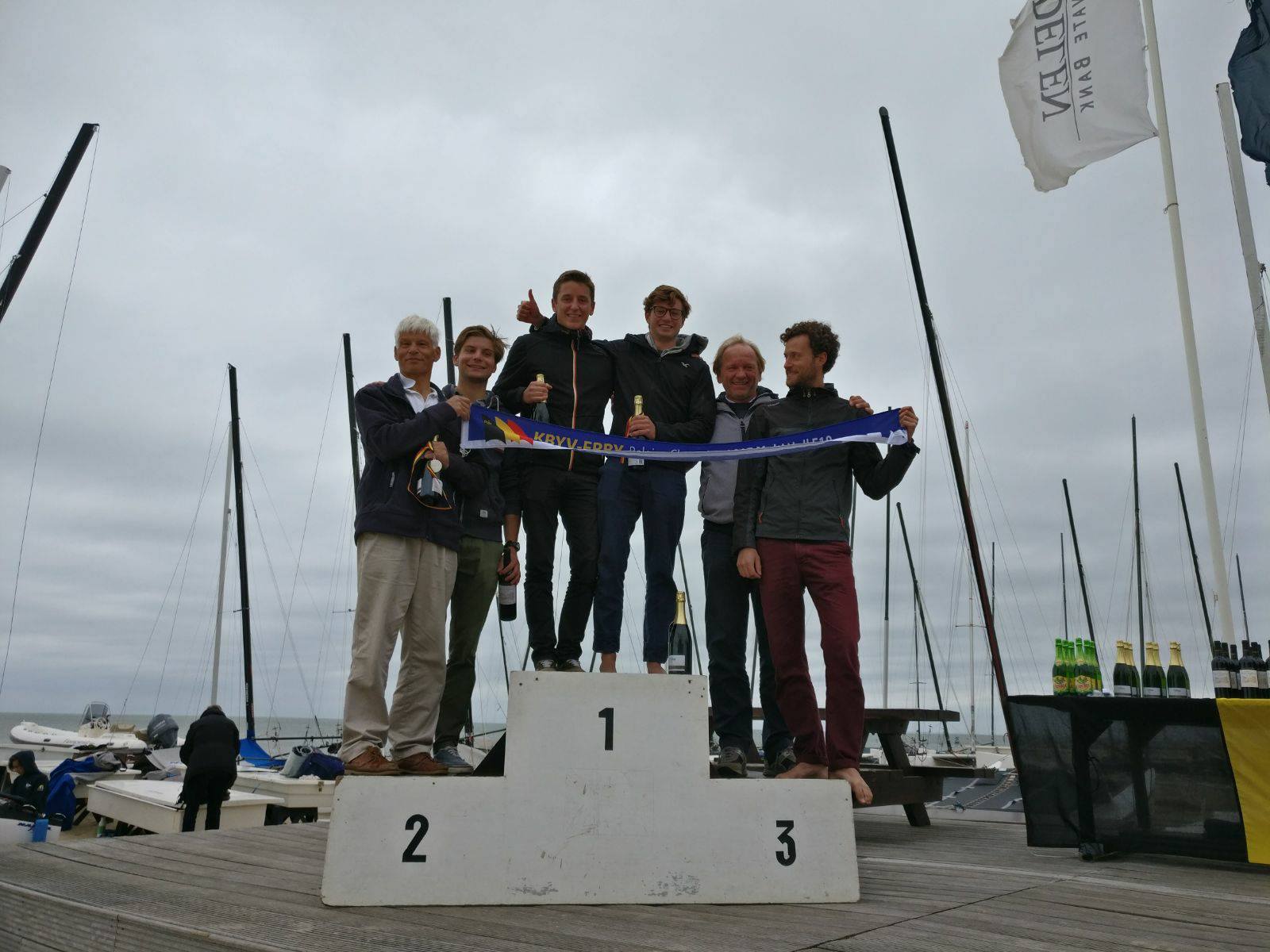 Detailed results can be found here.
Over 600 photos avialable on the RBSC website.