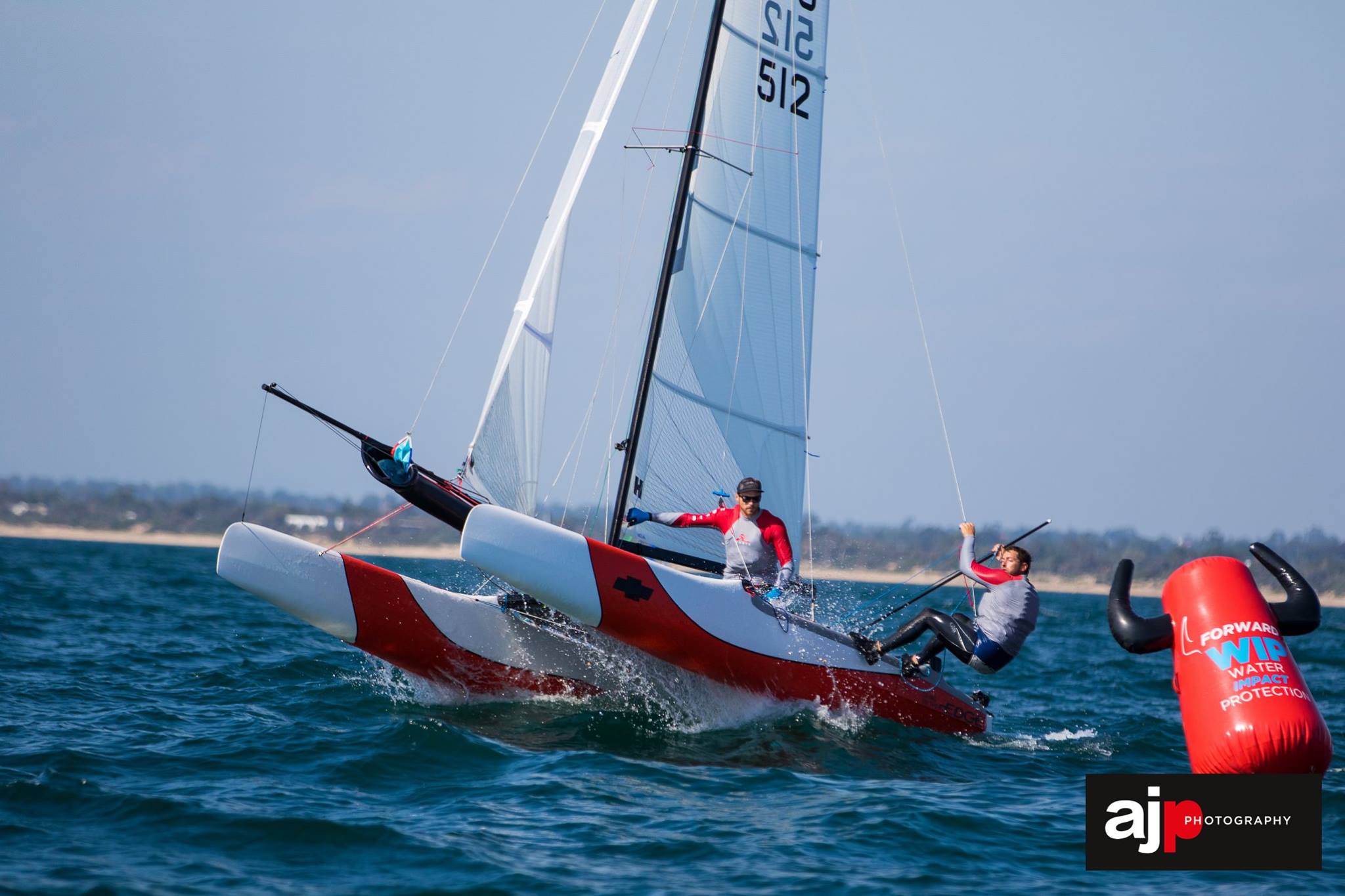 March 11-13 2017 the Victorian state titles were held in Frankston (near Melbourne). A nice fleet of  17 Formula 18 catamarans battled for 3 days in various conditions. Every day Robbie Lovig and Lachlan Gibson improved their ranking. It wasn’t over untill the last race where also local sailors James McDonald/Adam Coe had a good chance winning the event. But with only 2 points difference after 11 races Lovig/Lachlan won the event. Ben Clark/Peter Dunk were 3rd overall.

With the Victorian States, they sailed out of the brand new Frankston yacht club. This is a terrific new facility with 3 stories and beautiful beach wood exterior. The F16 fleet started each races 3 minutes prior and was a pleasure to share the race course with them. 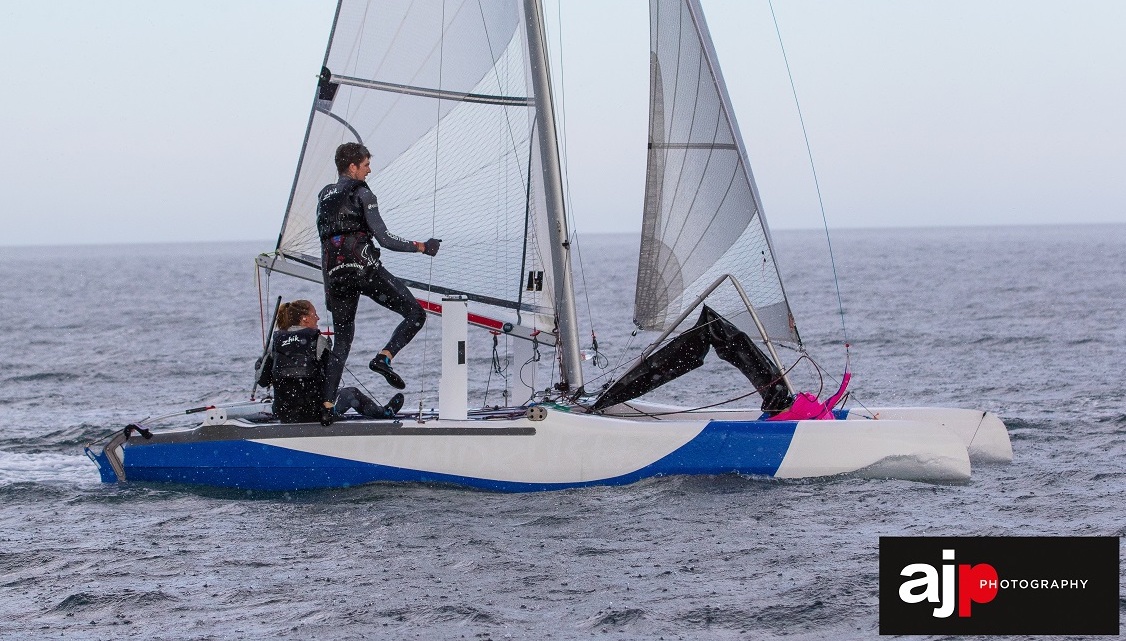 Darren Flanagan: “We had some great racing. The 1st day was a bit rubbish. The breeze shifted 90 degrees  during the first lap, depending on what side of the course you were on dictated the placings. On day 2 we had lighting, thunder and rain for the first race, if nothing else it looked impressive! As with Melbourne weather after lunch it fined up and we had 4 races in glorious sunshine with 10-15 knots. There is a photo on Facebook of the blue edge, they had a massive nose dive and bent the pole, the crew didn’t see the pole and was still trying to hoist the kite, couldn’t work out why it wouldn’t come out of the bag. On the final day the racing was really tight between James Mcdonald sailing with Adam coe and Robbie Lovig with Lachlan Gibson. Robbie pulled off the three wins on the final today to seal the championship.”

Since the Australian nationals there’s the South Australian state titles, first held in Kingston SE in January. Former Australian champ Brett Burvill came in 2nd to local sailors Simon Hallsworth and Peter Dunk. About 12 boats joined that weekend, with 2 boats from Tasmania, 3 from Victoria and one from Western Australia. We are also ready to announce our next Australian championship series in Western Australia. We are heading to the Jervoise bay sailing club. To watch a nice drone video by Andy Hansenof that area, click here watch.

The very nice photocoverage by AJP Photography of the Victorian Stat titles in Frankston can be found here. 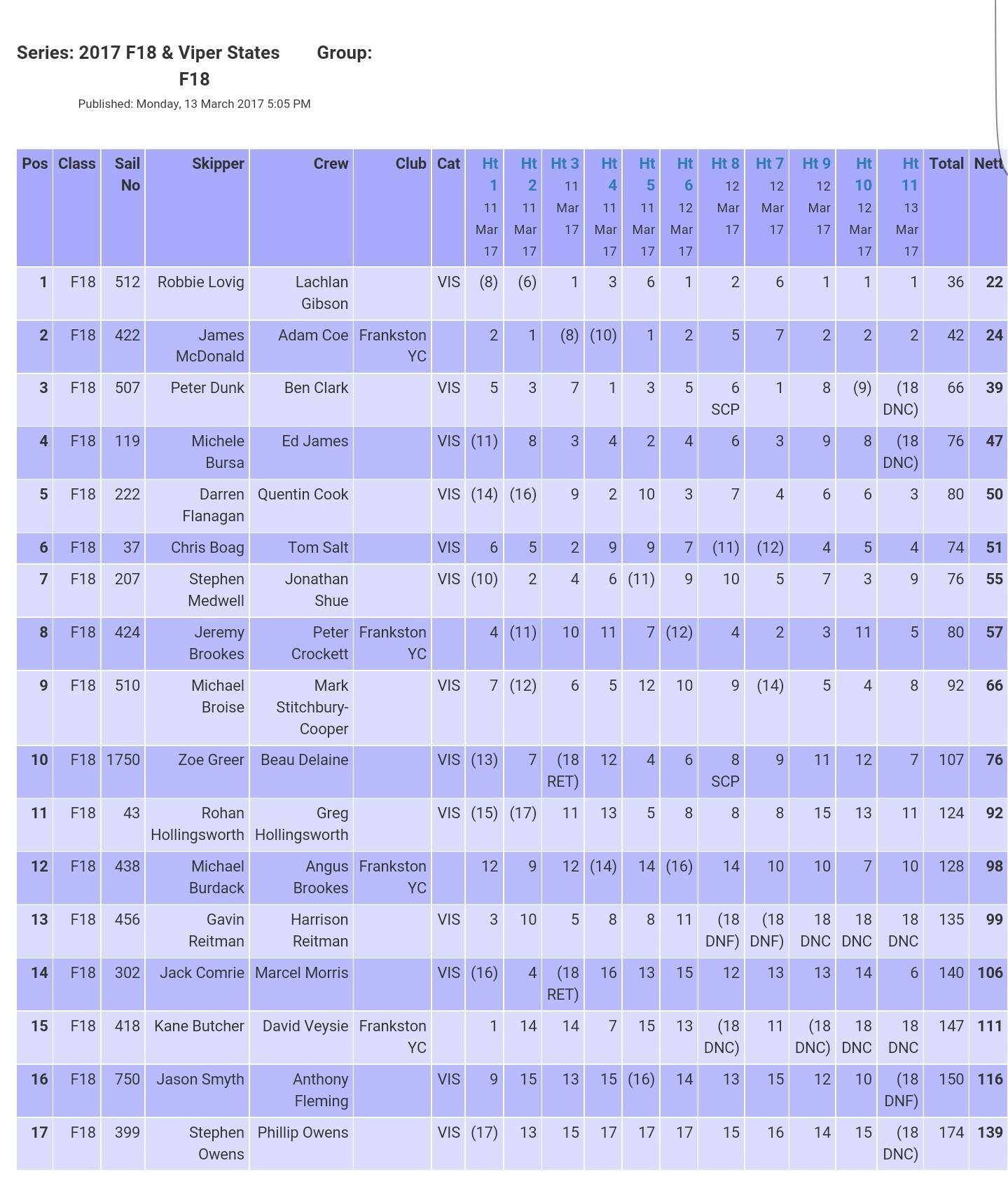