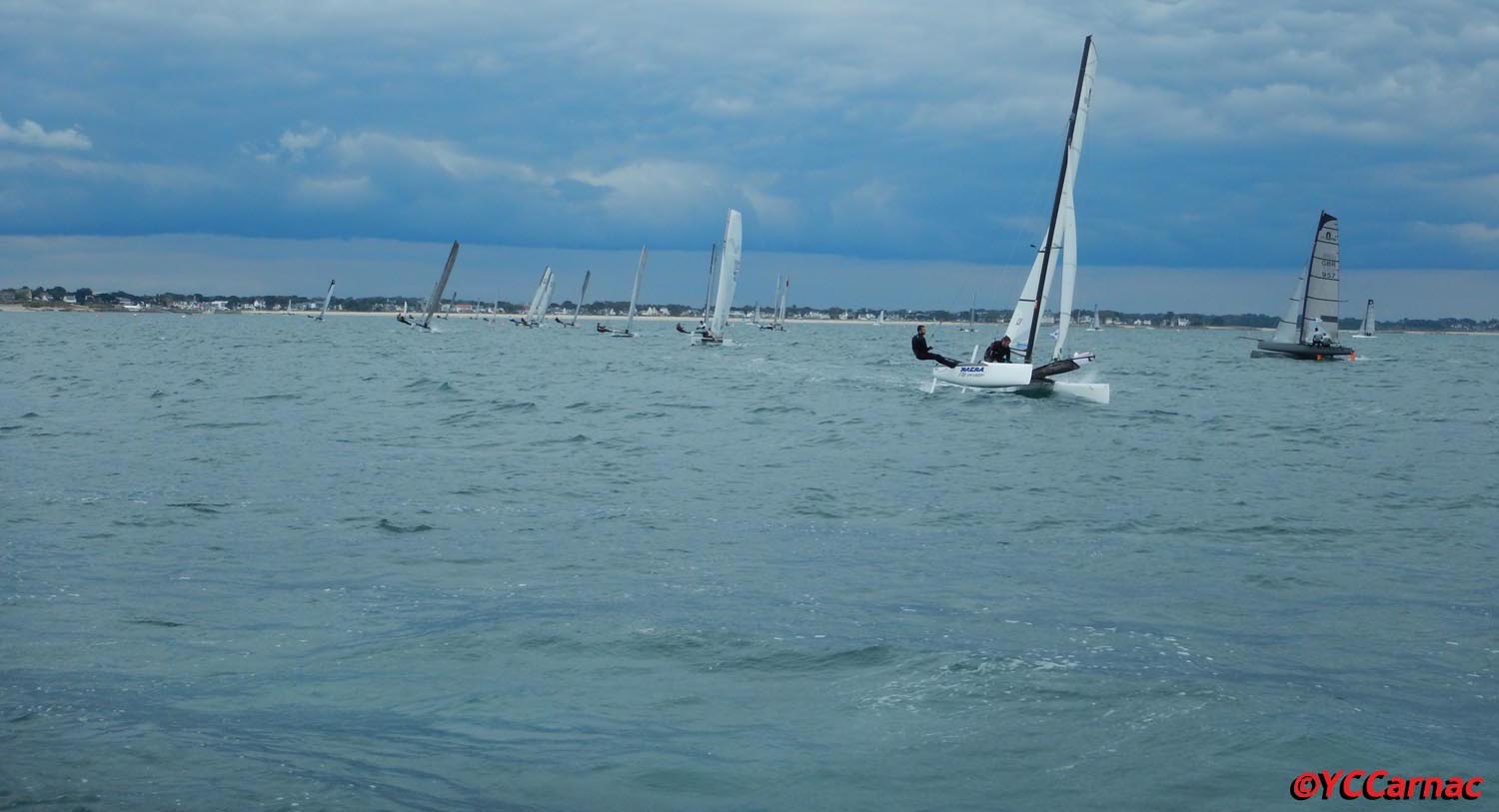 On April 28th EurOcat started in Carnac (France). A four day program where up-/downwind races and a long distance race was scheduled. Due to heavy wind all races on Sunday and Monday were cancelled. The British F18 teams claimed the podium after 3 races on Friday. The Belgium ‘Thys brothers’ won the long distance race on Saturday.

Nineteen Formula 18 cats showed up at the Yacht Club de Carnac in France for a four day event. The first two days were perfect sailing conditions. Three races were held on Friday where the Brits did some good business. Dutchies Den Houting/Harwijne had some bad luck. They forgot to sign out after races on Friday and got a penalty (DPI) for that. On Saturday the long distance race around Houat was held, again in perfect sailing conditions. The Belgium Thys brothers (who have their boat at a French club) did a good job and won this race.

On both Sunday and Monday the wind swung round to the West and blew up to 39 knots and made it impossible to race.

Translation of the interviews in this video:

More information, photos and videos on the official EurOcat website.