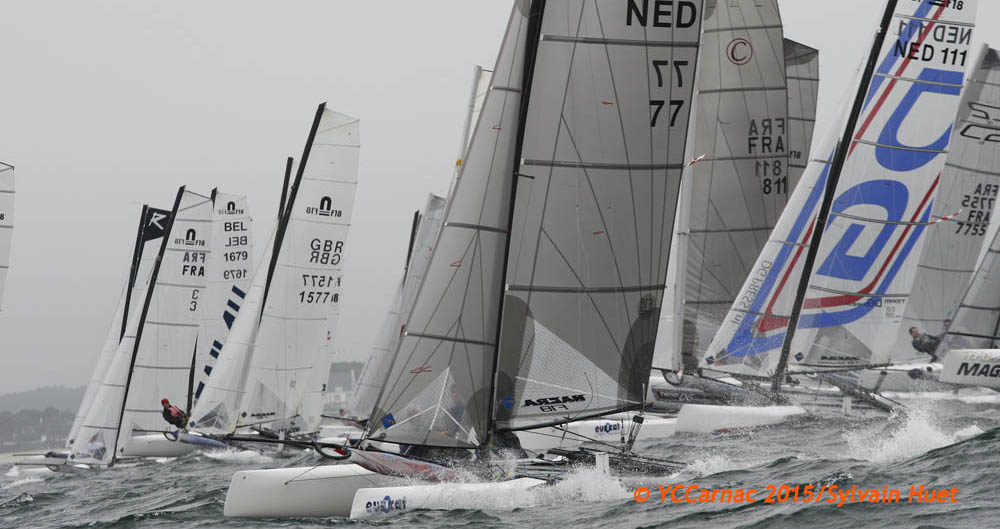 Almost 70 catamarans signed up for Carnac already, and the number of entries keeps growing every day. If you haven’t decided yet, the early bird fee is valid till April 17th! In just two weeks from now one of the biggest long distance regattas will start, on April 28th it’s showtime! See you there?

Sailors from all over Europe travel to France to join th3 30th edition of EuroCat. All catamaran categories ((C1, C3, C4 & F18) gather in Carnac to sail the technical and long distance races for 4 days! This year the British sailors will join the party with serious numbers. Chairman Simon Flack: “Well it’s Carnac for the UK sailors in two weeks from today! Ferries and accomodation booked, boats ready on their trailers and hopefully some good weather inbound !! Estimated 7 teams although more are expected for this event and even the team mascott Jon Green will be attending !! Good luck to our other NCAs & teams from around the world !! See you on the water ……” 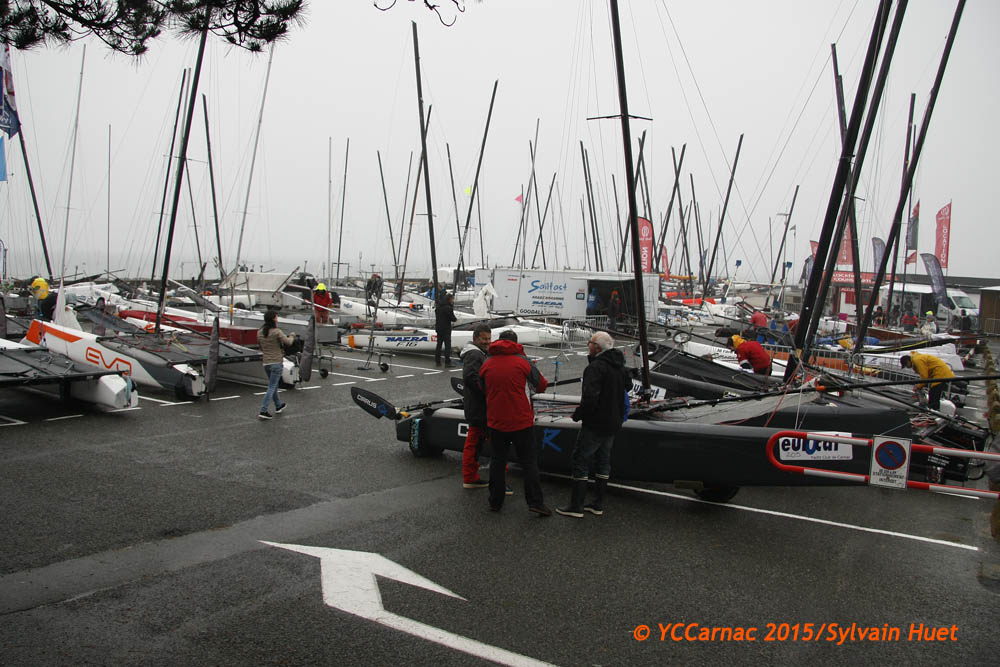