Last week a fleet 39 boats with sailors from the U.S., Canada, Chile, and France battled in Long Beach (Los Angeles) for the title F18 Americas Championship Regatta 2017. This year Charles Tomeo and Dalton Tebo (Sarasota, Florida) are the new Champs with a 9 point lead over father son team of Ken and Eric Marshack (Portland, Oregon). In a series that consisted of 15 races in everything from 5 to 25 knots with flat water to 5 foot Pacific Ocean waves.

The Marshacks started out strong and showed no signs up letting up, despite several teams with a string of consistent top finishes no one was even close to their low point score after day two. The Long Beach seabreeze usually fills and continues to build starting at noon. The first two days filled a bit earlier while the third and fourth day started out lighter. The Marshacks were sailing heavy and with a sailplan optimized for heavy air, the last two days of the event would prove to upset their shot at the national title. With only two throwouts allowed in the series, scoring a 13th and 11th in the first two races of the third day didn’t give them anymore margin for error. Lucky for them, the wind filled and they got back to their normal results for the last two races of the day. 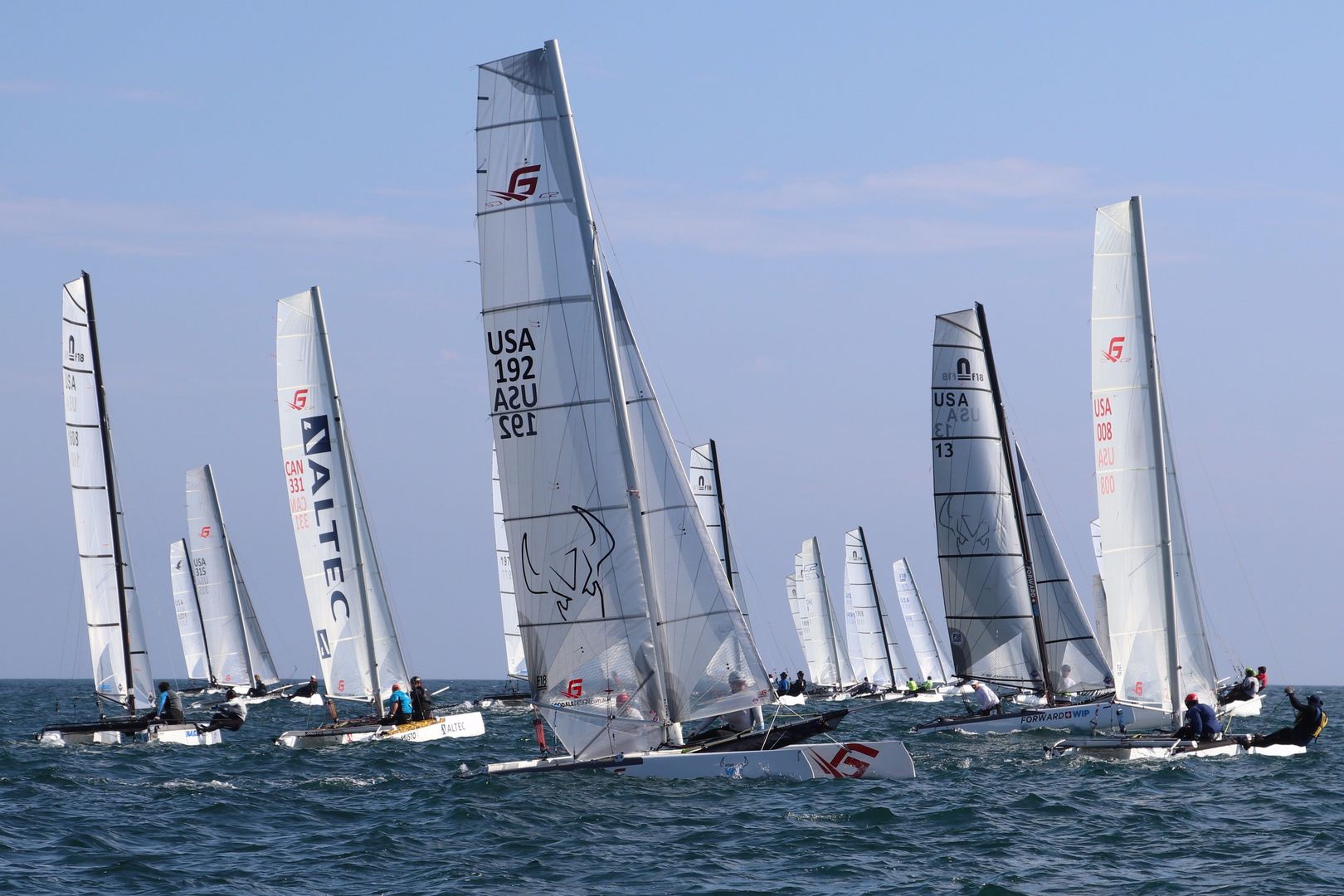 In the meantime, Tomeo/Tebo had been getting faster and more consistent. On the morning of the fourth day the forecast was also for a late seabreeze and everyone knew that if the Marshacks slipped up in just one more race they would lose the lead. The first two races were held in 8-12 knots and the Marshacks sailed their worst two races placing 23rd and 18th, their new throwouts. With the reliable Long Beach seabreeze filling, the last two races were held in 12-15 but not only was it too late, and even though they scored a 2nd and 3rd, Tomeo / Tebo had figured out how to beat them in breeze, finishing both races in front proving they deserved the National Championship Title with a scoreline of 2,2,2,1 in the final races.

Charles Tomeo and Dalton Tebo both sail out of the Sarasota Sailing Squadron in Sarasota, Florida, the mecca for high performance catamaran sailing in the U.S. and host of the 2018 Formula 18 World Championships where 120 boats are expected to compete from all over the world. This team has been training regularly with the Youth Multihull team at Sarasota Youth Sailing which consists of the Winners of the 2017 U.S. Sailing Youth Multihull Champions.

Photo & Video Credit: Rather BE
Text: F18 US NCA