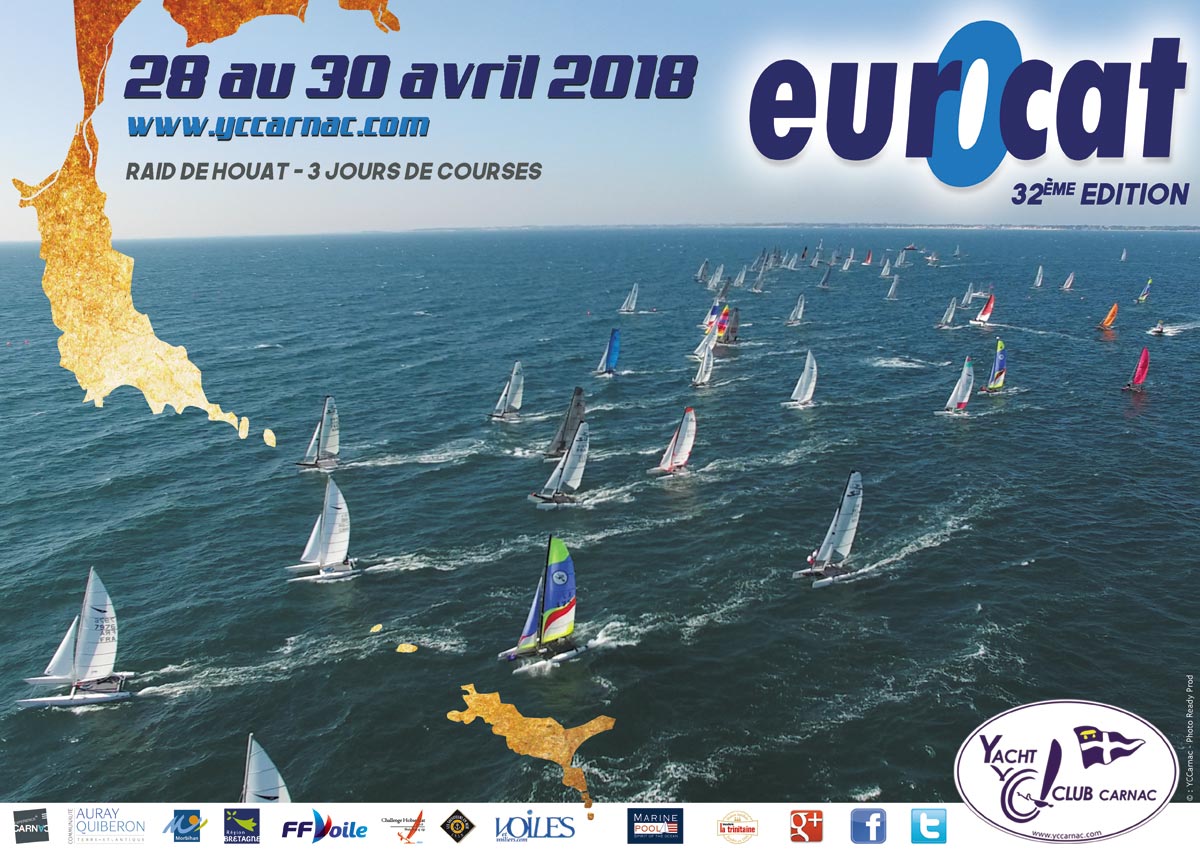 Only six weeks left when the European catamaran season will start with EurOcat! This year it will be the 32nd time this event will be held with 100+ crews. Are you ready for 3 days of racing including a raid around the Island of Houat? The event will take place from 28-30 April 2018.

As every year EurOcat is one of the biggest European catamaran events held in Carnac (France). Not without reason the event is part of the offical F18 Hall of Fame. Last year the F18 podium was 100% British where Grant Piggot & Simon Farren won the overall F18 class. Who will be crowned this year and added to the Hall of Fame? Make sure you’ll sign up for this one!

The Eurocat has become a must-see catamaran event gathering all existing C1, C3, C4, Formula 18 and also Flying boat series. This 32nd edition will be marked by the Diam 24 who will join the race court. The event is known for the many technical routes where the combined of speed and strategy are key, especially in the raid around the Island of Houat.

More information on the official EurOcat website. You can also follow the event on the Carnac Yacht Club Facebookpage.