After 6 days of racing around the island Martinique we have a winner: Orion Martin and Charles Gate are crowned as the new Martinique Cata Raid 2018 Champs!

It was going to be a short finale course, with only 13 miles to sail.A nice start with ~20 knots of breeze was perfect for the overall leaders Martin & Gate. They took no risks knowing the only thing that could keep them away from winning this event was any kind of damage, all thanks to their great results the previous days.

Near the exit of Bay Vauclin Martin/Gate were the first to tack away leading the fleet, followed by the Swiss team Lutz/Schlatter, The French brothers Vincent & Emmanuel Boulogne and the local Martinique team Gillet/Poix. Near LoupGarou the teams were on fire with boat speed up top 20 knots!. After passing the buoy at LoupGarou kites were hoisted for some additional champagne sailing.The finsih of this last race was close. Orion Martin and Charles Gaté finished in 52 min and 46sec. The Swiss team with Andy Lutz and Raymond Schlatter did a good job and finished in 2nd place just 48 sec behind. The Boulogne brothers were just 1min 31 seconds behind. The Toulon crew Martin/Gaté kept Emmanuel Boulogne away from winning his 3rd Raid in a row, where he previously won the 2016 edition with his brother and the 2017 edition with his son. Champanhac/Dhallenne became 3rd overall. 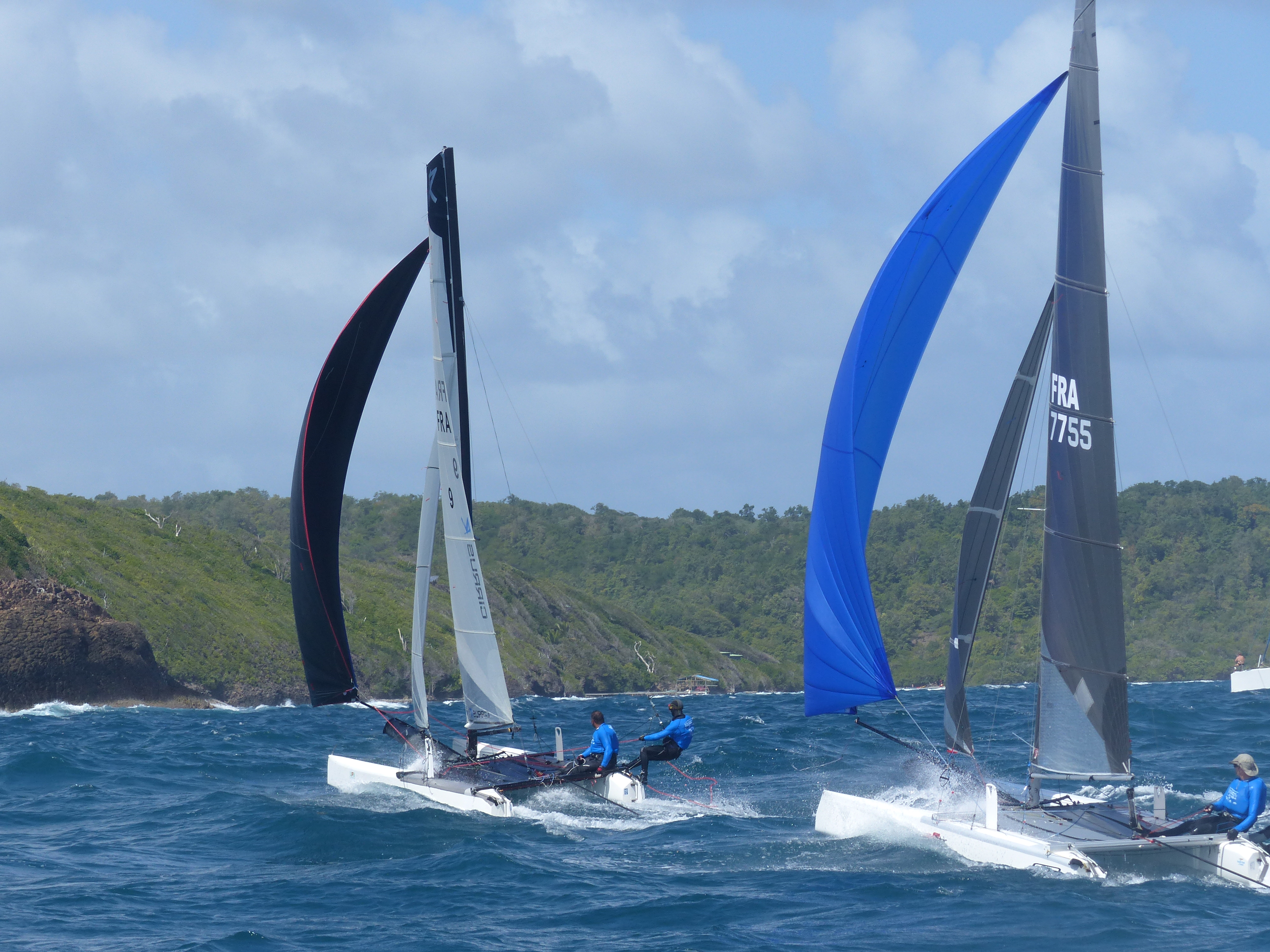