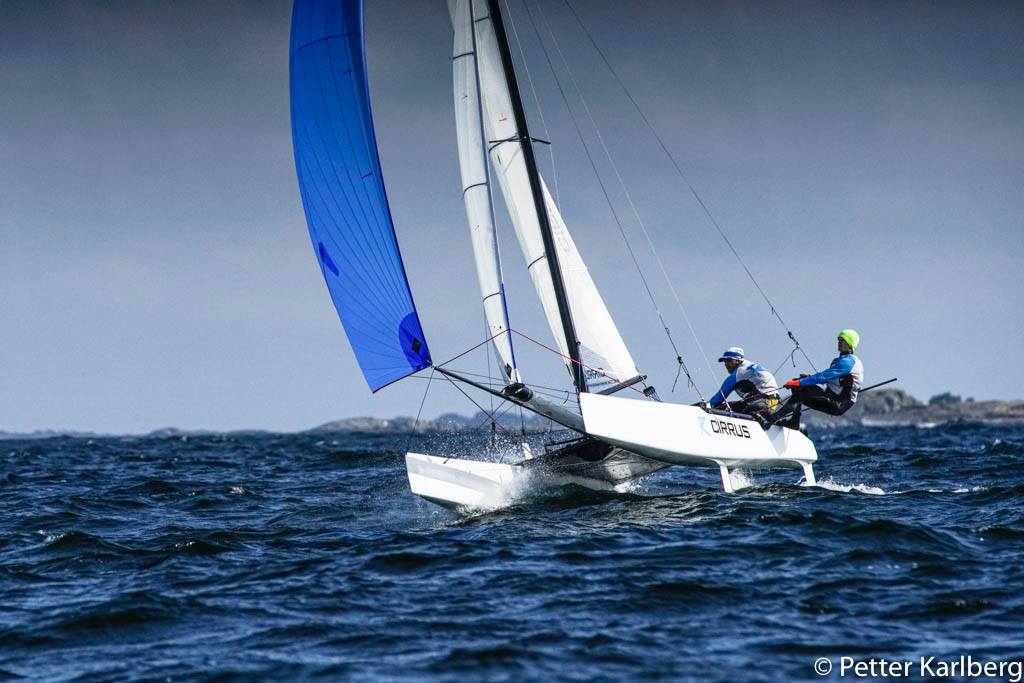 The Swedish F18 Championship was held September 12-13th in Sandhamn, near Stockholm. After two days of intense racing in heavy conditions, Olof Berensson and Oscar Wersäll where crowned as the new Swedish Champions 2015. After a very close battle Fredrik Karlsson & Niklas Nordblom ended up in 2nd position, Leff Dahl & Roger Bodén had to settle with 3rd position this time.

The Championship was arranged by Björn Holm (Kona Windsurfing World Champion 2015), Djursholms Segelklubb and the Swedish F18 federation, and consisted of 8 races on- and offshore course just outside Sandhamn. The conditions were tough with strong winds the night before the races and builded a big swell. Wind forecast was up to 25 knots for the regatta the next day. At the start of the regatta nobody was favorite for the title. Top positions have been changing throughout the whole Swedish F18 season. 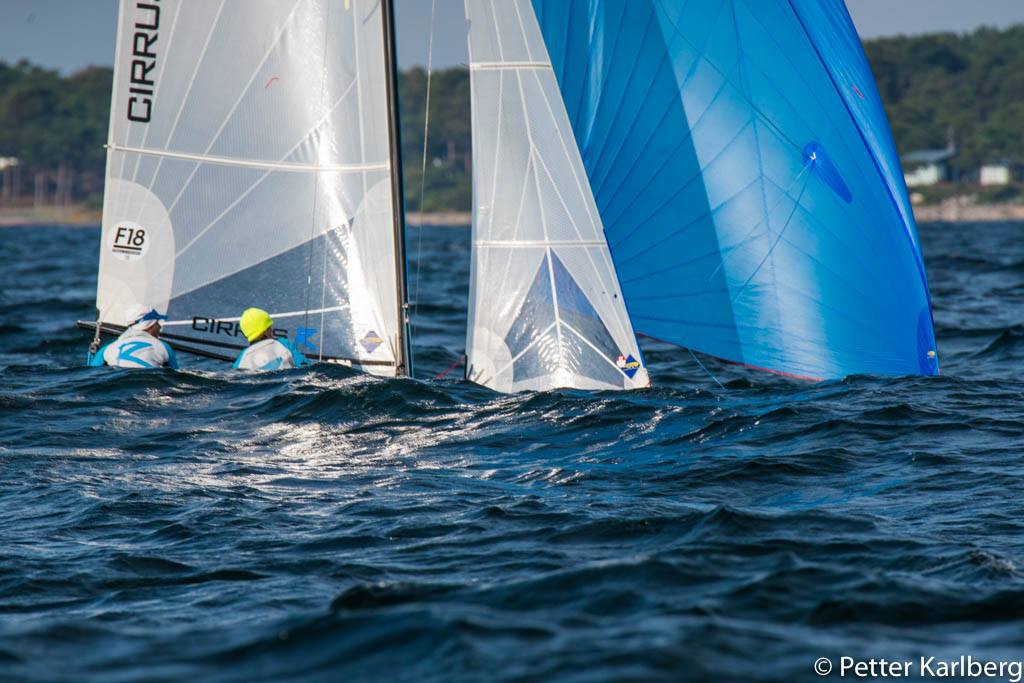 “We had a great regatta at the Worlds, but a tough race at the Nordics, never quite figuring out what was going on in the tricky racing area. Add to that a bad cold, and we were feeling pretty unsure of our form. However, we had been close to the title for two years in a row with silver at the 2013 and 2014 editions. With the nice forecast we were hoping this could be ‘our year’. Rigging by the beach on the first race day, it looked rough out there with big waves and strong wind. The atmosphere was a little tense on the beach, and many boats where quite late to hit the water. We set the boat up for strong winds, but once we got out on the race course it wasn’t that brutal.

The first three races we made good starts and were battling it out in the top with Dahl/Bodén, scoring 2,1,2. The wind was dropping a little and with the swell still going, conditions was quite tricky. We decided to do some adjustments to our settings, which made us a little late for the two remaining starts. Karlsson/Nordblom showed they are a force to be reckoned with, finishing the day with two bullets, while we worked our way back up to close the day with 4,4. The day ended with Dahl/Bodén leading by 2 points over us, and 4 points over Karlsson/Nordblom. A very nice regatta dinner followed, together with all the sailors at a restaurant in Sandhamn.

The second day we knew we had to beat Dahl/Bodén in every race in order to have a shot at the title. We were a little disappointed at our performance the first day, but took away two important lessons which made us feel quite confident: with the waves being big and sometimes slowing the boat, we first decided to set the rig up for maximum power so we could power through the waves. Secondly we focused very hard on adjusting to big shifts in apparent wind direction going downwind (releasing a lot of sheet as the boat was slowed by aggressive waves). This changes worked very well and we immediately felt we had power going upwind, and a clear advantage going downwind in the waves. 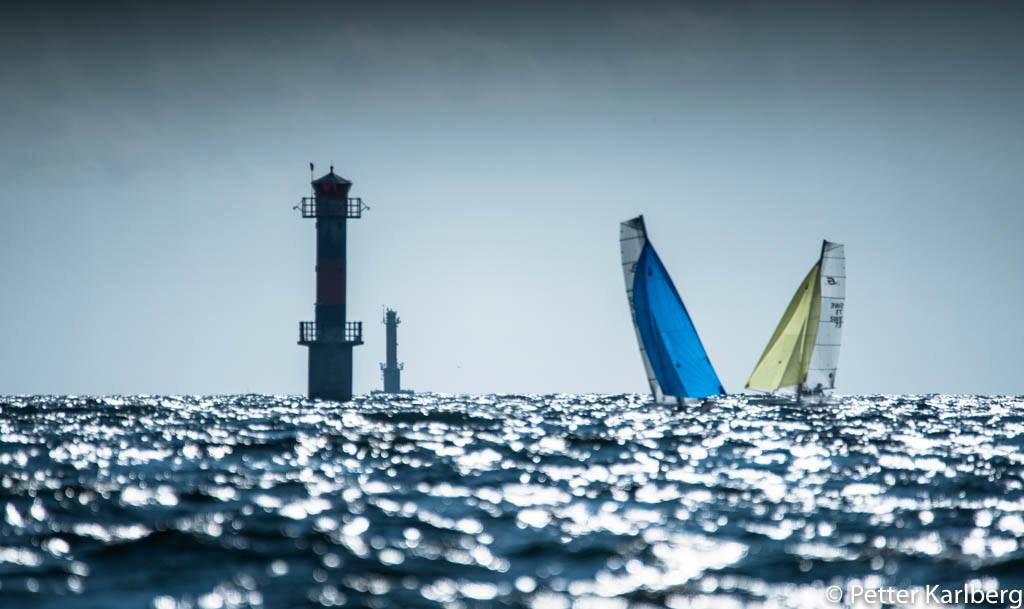 The remaining races turned out to be a real match race between us and Karlsson/Nordblom, with us winning the first race, them winning the 2nd, with us in 3rd after hitting a mark and doing a 360. Going into the last race we were leading by 1 point and knew we had the title if we could beat them. The race was very close, Karlsson/Nordblom where in the lead at the first windward mark, but we managed to pass them downwind and could cover them loosely for the remainder of the race, to secure the win. Wrap-up: it was a fantastic weekend, not only because we won, but also because it’s fantastic to be racing a well-organized event, at a great venue, battling your friends, pushing each other all the way to the finish line!”