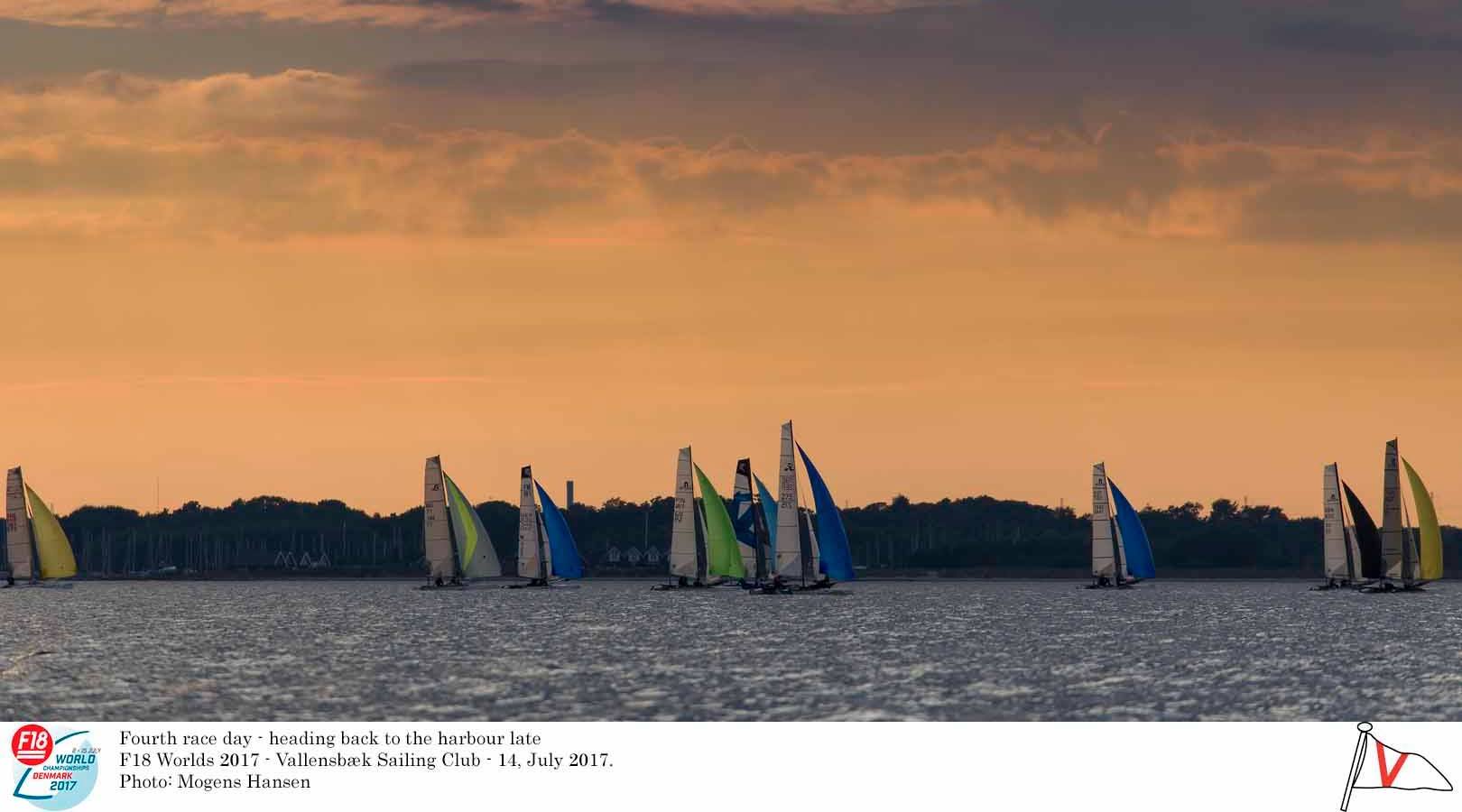 A difficult Friday in Copenhagen at the Formula 18 Worlds 2017. Shifty condition, wind that’s suddenly gone, boats back to shore… but the Race Committee (RC) at the Vallensbæk Sailing Club did a fantastic job: they waited for the wind to come back and send out the fleets again for some late night racing! Mischa Heemskerk and Stephan Dekker are on fire after their Golg Fleet qualification and won each race so far. In second position the European champs Demesmaeker/Tas are a real threat to Heemskerk/Dekker. But also Mitch and Ruben Booth, who are light weather specialists, could do some good business in the expected light weather conditions on Saturday. It will be a thrill…. till the end!

On Friday the first race was held for both Gold and Silver Fleet. Heemskerk/Dekker did good business and extended their number of wins. In 2nd position Cruz González Smith & Mariano Heuser (ARG) showed why they’re the Vice World Champs (2016). 3th finishers were the F18 Round Texel race winners Jolbert van Dijk & Frank de Waard. After this race the RC tried to start the next race, but 7 seconds before the start AP went up. Silver Fleet was able to race and also finshed, but unfortunately many boats couldn’t finish in time because the wind died. A wise call from the RC to put AP on H and send all boats back to shore.

While waiting on shore sailors had time for a proper lunch and some drinks for the wind to come back. After hours of waiting all boats were send back to the race course at 17:00 to have a the last race of that day. Again Heemskerk/Dekker had a good flow with another score, this time in 18-22 knots conditions. Also the Argies stayed in their slipstream with another 2nd position. Demesmaeker/Tas stayed close with a 5th place and increased the chance to be the first Belgiums on the podium at a F18 Worlds ever!

Because an image says more than a thousand words, have a look at the video compilation from Friday.

Video: Hartas Productions
Photos from  the photoalbum of the Facebook F18 Worlds 2017