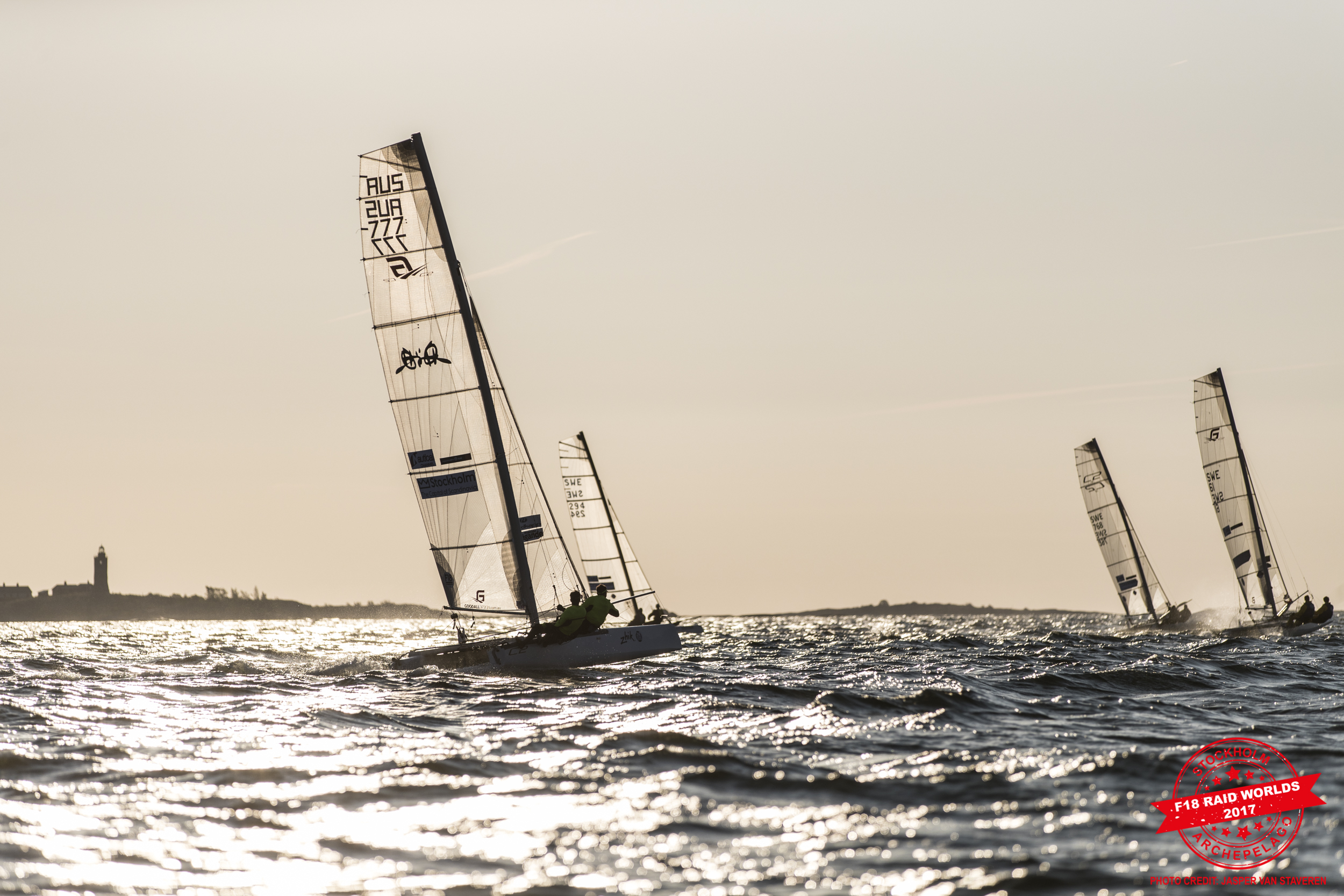 On Tuesday it was a day of extremes for the catsailors at the F18 Raid Worlds in Stockholm (Sweden). In winds up to 25 knots in the open waters of the Baltic Sea they had the time of their lives. Courses were sometimes tricky when you are fooled thinking you’re sailing in real open water, but just 30cm below the surface you can meet some huge rocks. Since Monday Leff Dahl and Roger Boden (SWE 2) are leading the pac. Will they be able to keep William Sunnucks & Freddie White behind them on the last day of the Raid?

On Tuesday the extra early race was scheduled at 6AM. When the sun was just about to rise the F18’s sailed out to the startline for a beautiful race towards the Baltic Sea. Although it was early, sailors were focussed avoiding the many rocks on this course. Out on open water conditions got tough with waves up to 2 meters. After this race sailors were ‘forced’ to park their boats on some rocks. 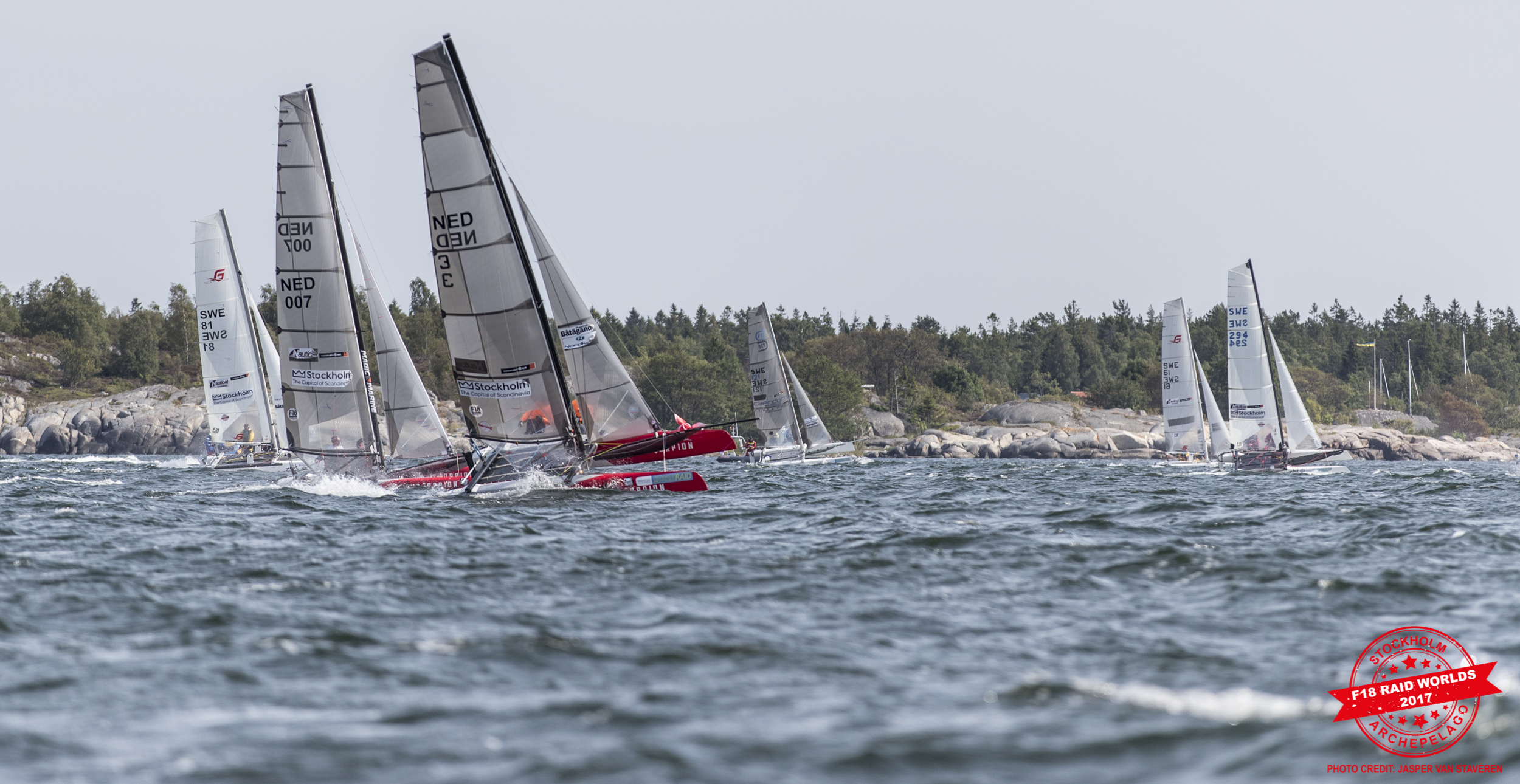 Also the second race was a one against the elements. Just after the start, many boats immediately capsized and the rescue teams were busy all the time. Unfortunately SWE 768 crash hard and one of the sailors got injured and was taken away by a rescue helicopter. Brett Goodall, as a spectator to watch some legs of the Raid, jumped on this boats and sailed the last leg of the day. After a nice long leg race 3 was finished at the beautiful island Nässlingen in the Archipelago.

Don’t forget to watch the video of day 2 (Monday) made by Hamnen.se!!!!

LIVE TRACKING
He’re the checkpoints for the last day of the F18 Raid Worlds 2017 in Stockholm. You can follow the teams LIVE on tracker: http://app2.trackcourse.com/view/sar-2017-d4/en

More information can be found on the official website. Daily photos & instant updates on the Event Facebook Page.
Daily photos are available in daily albums, check them here.