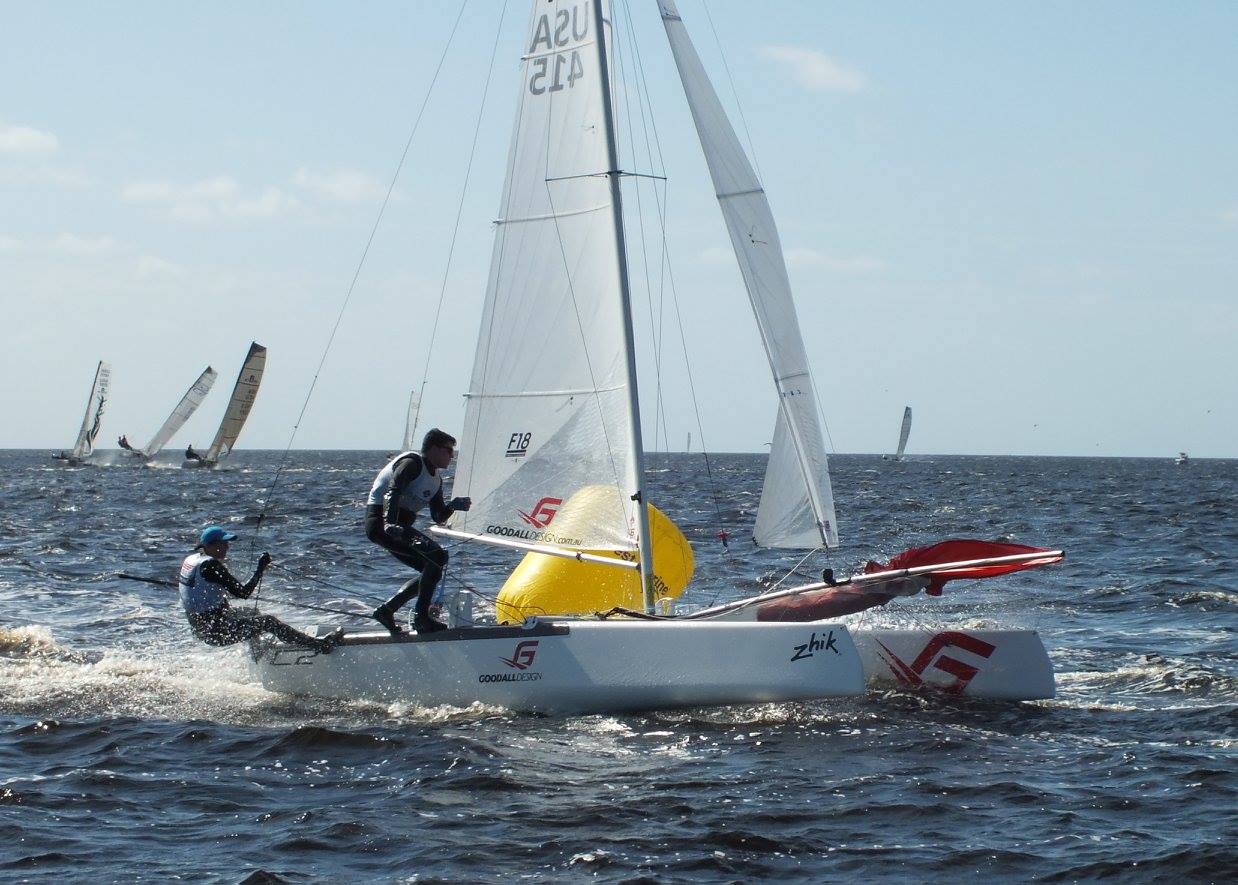 Sarah Newberry and Matthew Whitehead continued to dominate the fleet on Day 2 of the 2015 F18 Americas Championship, adding two more first-place finishes to lead John Casey and Colin Page by two points after four races. Casey and Page took the bullet in the second of three races Tuesday on Charlotte Harbor, which delivered another day of strong winds that gusted near 30 knots, forcing a one-hour postponement after the first race. The pair also logged a second and third place on the day.

Olivier Pilon and Maxime Loiselle sit in third after a third place, two fourths and a sixth, but find themselves 11 points behind Casey and Page. Three-time defending champions Mike Easton and Tripp Burd rallied back from a snapped mast that kept them out of the racing on Monday, finishing second in the first two races and eighth in the third. They sit well back in the points race, but will throw out the Day 1 DNS (did not start) after the regatta’s eighth race later this week, which could put them into contention. Racing continues at 11 a.m. Wednesday.

Video from Day 1 and Day 2 of the 2015 Zhik F18 Americas Championship by David Sussman.

Full results can be found here. Also check the event Facebookpage for more photos and videos. Text by Brian Gleason.