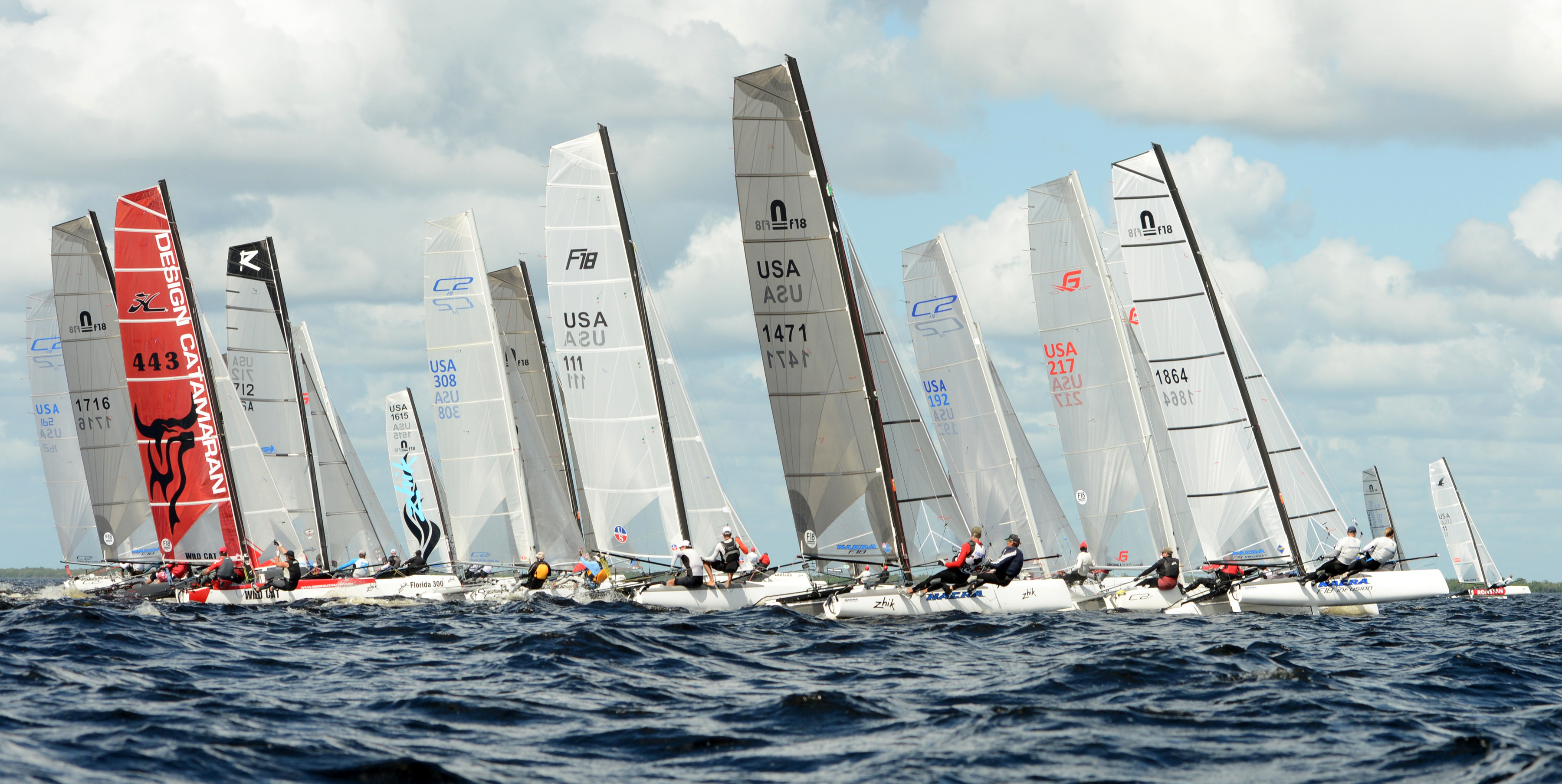 Defending champs Mike Easton and Tripp Burd aren’t going to make it easy for Sarah Newberry and Matthew Whitehead to sew up the 2015 Zhik F18 Americas Championship. After being nearly unbeatable in Wednesday’s races, of which they won three of four, the leaders failed to win any of Thursday’s four races. But those four wins went to three teams, allowing the consistency of Easton and Burd – who logged two second places, a third and a fifth – to vault into second, only 12 points back.

John Casey and Colin Page won twice, but finished sixth and seventh in the other two races leaving them four points behind Easton and Tripp, with three races scheduled for Friday’s final day of the championship. Olivier Pilon and Maxime Loiselle of Canada dropped from second to fourth, finishing no higher than sixth on Day 4. Wednesday’s 1-2 duo burned up both of their throw-outs – teams can erase two poor results from their total scores after eight races – on Thursday. The leaders’ stellar three-day run earlier in the week left them with two thirds as their lowest scores

Charles Tomeo and Dalton Tebo remain in fifth place, with 44 points, a point back of Pilon and Loiselle and Robbie Daniel and Keenan Madewell stayed in sixth, well back at 80. Two teams won their first races of the regatta Thursday, Todd Riccardi and Evan Aras and Kurt Korte and Tyler Gruen. They are 13th and eighth overall.

Full results can be found here. Also check the event Facebookpage for more photos and videos.