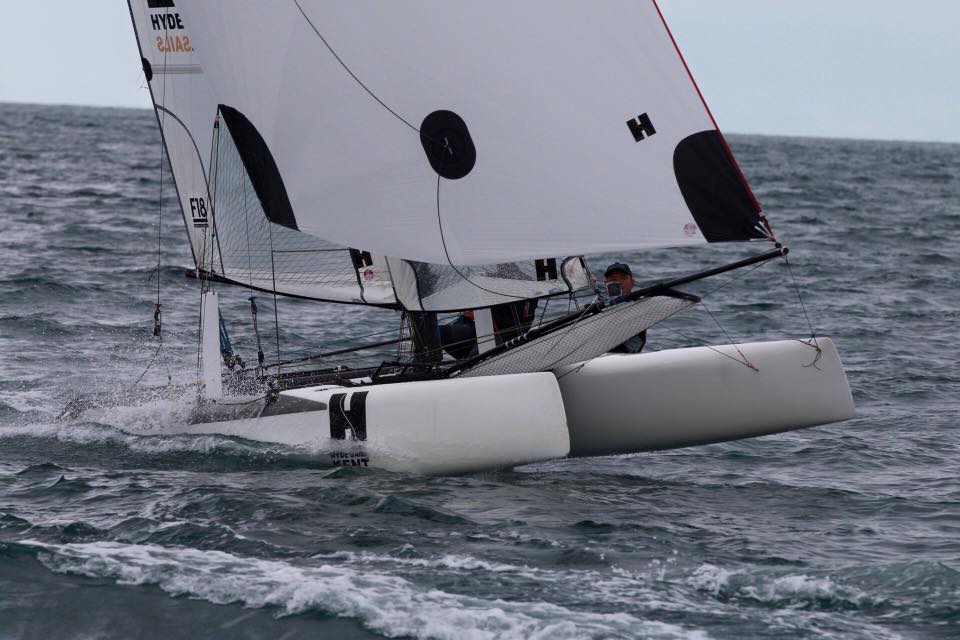 The UK Formula 18 Nationals 2015, hosted by SCYC in the idilic Abersoch, was a sparkling success! Three fantastic days all totally different and testing in differing ways. Simon Northrop & Josh O’Brien were crowned on Sunday as new U.K. Champs 2015.

Many whoops, giggles and “yee haaa”s were heard as boats crossed the finish line. A very big well done to Simon and Josh! They didn’t have an easy task in being consistent in the mix of conditions and tough opposition but nevertheless came out on top to become F18 National Champions.