They finished in second position on day 1 and stayed in the top 10 on day 2. Third time’s a charm, on day 3 Elke Delnooz and Jeroen van Leeuwen won the round-the-island race on Saturday in St. Barths. Local team riders David Guiheneuc and Noa Turskti had a nice surprise for the residents claimed the 2nd place. Jean-Christophe Mourniac and Alexandre Dekytspotter were 3rd. 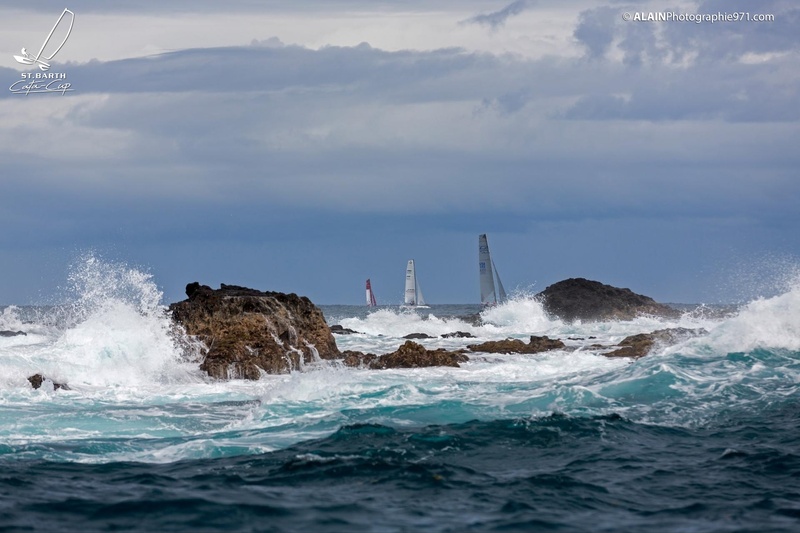 “You want to try to sail the shortest distance and most of the time that is the closest to the Island. Thankfully it’s also the best experience of the beautiful scenery of St Barths!”, says Jeroen Van Leeuwen. The round-the-island race started at 10:30 a.m. in generally good sailing conditions. The wind quickly died down, forcing the race committee to move the finish line towards Coco Island. With just 0,2 knots of wind, some boats had to be towed back to St-Jean beach. “We go from one surprise to another at this edition of the Cata Cup! This morning, we left for a round-the-island race in favorable conditions and the more we progressed towards Grenadins, the more the wind started to die more rain was coming in. We decided to stop the race at Coco Island”, explains Didier Flamme, President of the race committee for the St-Barth Cata Cup.