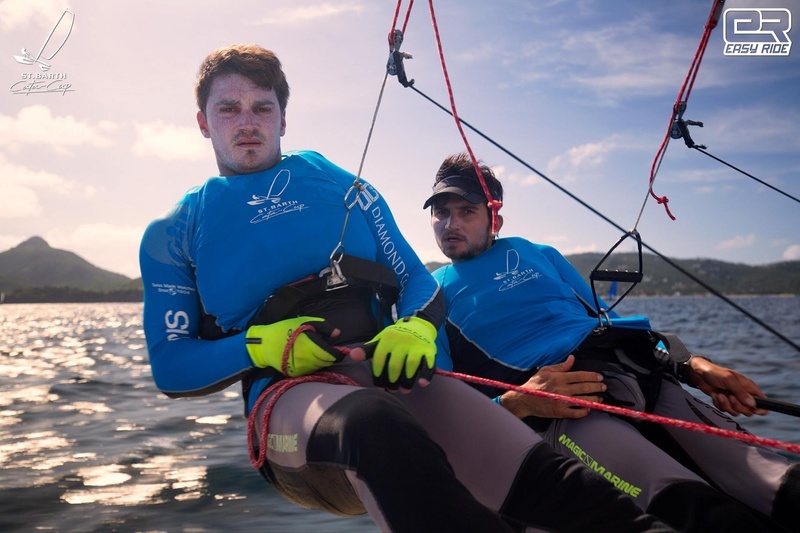 The last day of the 2016 edition of the St Barth Cata Cup concluded with a victory from young French sailors Pierre Le Clainche and Antoine Joubert. The crew was able to stay at the top of the overall rankings during the 4 days of racing and their first place finish in the last race allowed them to finish the event beautifully. “We are over the top happy. We had never been at the St-Barth before but we had heard about the event. It is perfect on all levels. We were far from imagining that it would be this beautiful. The conditions are just perfect”, said Moh’s Places.com helmsman Pierre Le Clainche. 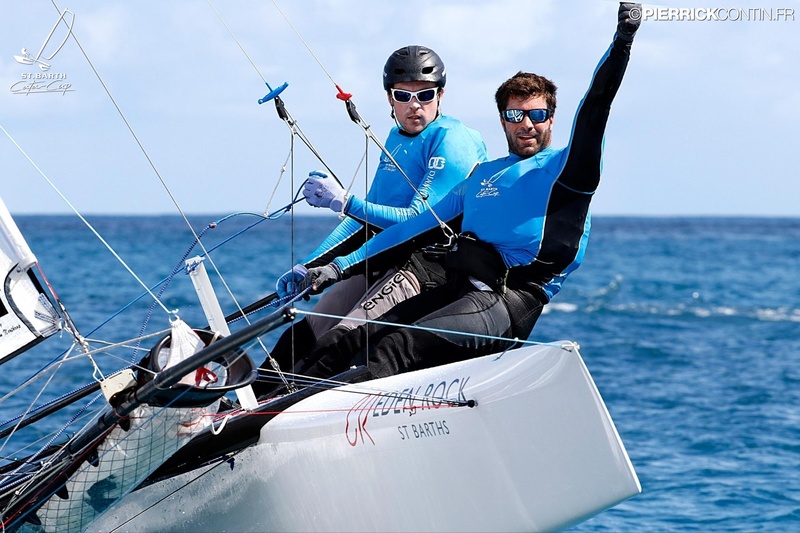 Pierre and Antoine had not sailed together for a very long time and they were happy to get the chance to do it here in St-Barth with such a high level fleet. “There is a very good level on this event, we know most of the contestants and we know that the level is good. Gurvan and Benjamin are really good, all of the Argentinians are here and there are sailors like Jean-Christophe Mourniac and Erik Maris that are good, without forgetting the winners of the last edition Patrick Demesmaeker and Olivier Gagliani”, said Pierre Le Clainche.

Second and third places in the overall standings go to Gurvan Bontemps / Benjamin Amiot, who had won the Round the Island race, and Patrick Demesmaeker / Olivier Gagliani, last year’s winners.

Final ranking of the 2016 edition

To see full results of the 9th edition of the St Barth Cata Cup, go to www.stbarthcatacup.com in the results section.

Winners of the Marche U Grand Prize 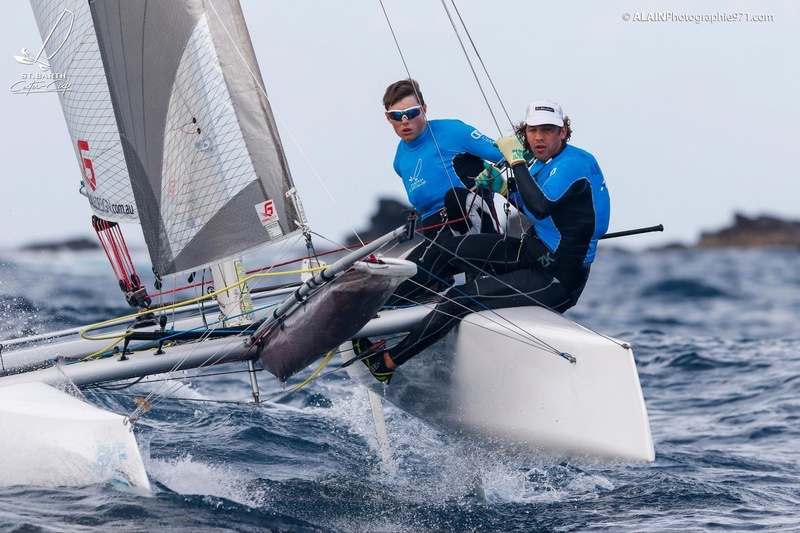 The Grand Prix Marché U is the fourth and last day of the regatta. The morning race was won by French crew Bontemps / Amiot in 18m43s while the second saw Pierre Le Clainche and Antoine Joubert take the honours and win the 2016 edition. The overall winners of the Marche U Grand Prize were Rasmus Rosengren and Tomas Westergren. Wind conditions were a bit light this morning so the race committee chose a short slalom-like race, a new format that is emerging in sailing regattas. In the afternoon, a more traditional race format awaited the sailors with a raid that took them to Colombier, through a gate in front of Gustavia, circumvent Coco island, head towards Pain de Sucre island to cross finish in front of Gustavia. Race time 2 hours 30 minutes for the first crew with winds of 8-10 knots.

Many new faces in St-Barth for the 2016 edition
Although some skippers can definitly be tagged as veterans of the St Barth Cata Cup, the event attracted many new faces on this edition, including French rising stars Pierre Le Clainche and Antoine Joubert. The Sweeds Frederik Karlsson, Niklas Nordblom, Rasmus Rosengren and Tomas Westergran, Fin Kalle Bask, Argentinians Christian Vilate and Lucas Gonzales Smith, Swiss Jean-Richard Minardi, Michel Munz, Thibault Thallieu and Guillaume Sangiardi, Canadians Nedim Alca, John Cunning, Brian Hunt and Chris Bartlett and the last but not the least Mitch Booth were all newcomers in this year’s edition. This goes to show that there is still a great interest for the F18 Class and the sailing conditions of St-Barth. “Exceptional, original, unforgettable and so we want to come back every time!”, said Olivier Gagliani to describe the event.

Turenne and Patrick Laplace best local crew
There were 2 battles happening on the water, the first was amongst the top crews who fought hard for the podium spots and the other was between the crews from the Carribeans. There is history there knowing that the first St Barth Cata Cup was a friendly regatta between 6 local boats and 6 from St-Maartens. Year after year the number of participants from the Carribeans keeps growing but the camaraderie is the same. In the end it was brothers Turenne and Patrick Laplace who won the race within the race with a 22nd place finish. Also worth mentioning, the prize for best mixed crew was awarded to Sam Goodchild and Milena Schoenahl (GSL Import Export) who finished  16th in the final general standings.

The St Barth Cata Cup, flagship event of the F18 Class
As an event par excellence for both amateurs and professionals in the F18 Class, the St- Barth Cata Cup has risen to the top ranks of regattas that offer a high level of competition. For Swiss Michel Mamzer, it is always as enjoyable to race in the St Barth Cata Cup: “There is always a high caliber on this regatta because the racers come from all parts of the world. At the same time, it’s a lot of fun on the water because we are all buddies. I could neve miss out on an edition and that’s why every year you hope you will be able to come back!”