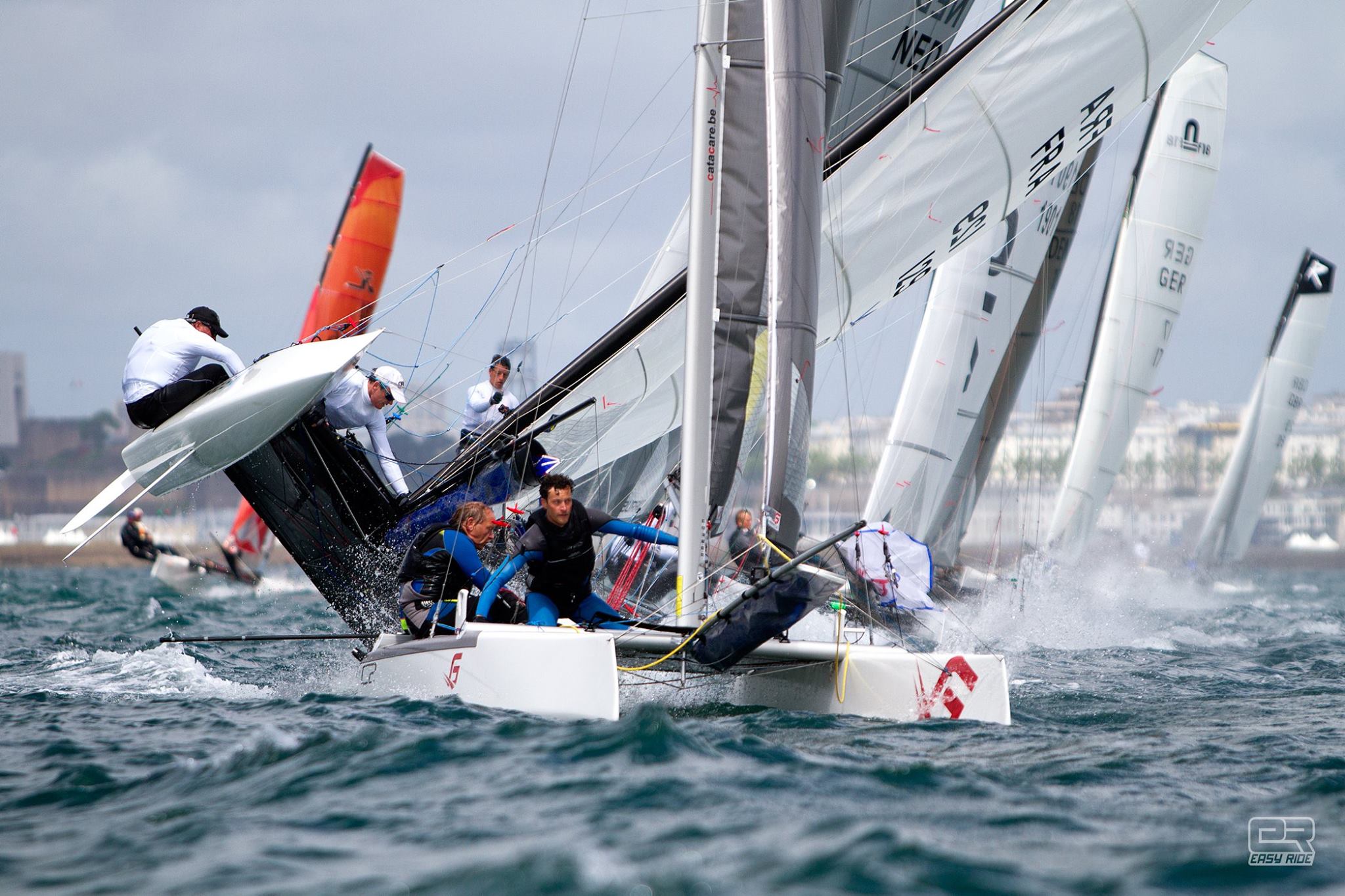 Unless getting a DND after the long distance race still to be sailed, the Belgium team with Patrick Demesmaeker & Gilles Tas should be crowned Formula 18 Europeans winners on Wednesday 13th July in Brest (France). For the first time in history a Belgium team is just about to step on the highest place on the podium at a Europeans. After 14 races in 5 days they steadily extended their lead, and then created the situation that they are more than likely to win the event, being 15 points ahead the Dutchies in 2nd position, Jolbert van Dijk & Frank de Waard, and 18 points ahead Elke Delnooz & Jeroen van Leeuwen, who are 3rd.

Fifty catamarans joined this edition of the Formula 18 Europeans. The teams had perfect sailing conditions during the whole week, and should get the same for long distance and parade with Tall Ships still to be sailed. Helm Patrick Demesmaeker with his crew Gilles Tas had some very steady results during the whole event. That Demesmaeker to be on the podium tomorrow is not a surprise, as  he won several competitive catamaran events in 2015, like the Dutch Open Championship and the St. Barth Catacup.

The race for the other spots on the podium is still open and is a tight battle between both Dutch teams. Delnooz/Van Leeuwen were fighting Demesmaeker/Tas as hard as they could during the whole event, but an UFD ended their option to win. Wednesday the long distance race will tell who’ll be nr. 2 and nr. 3.

For  photos and videos please visit the event Facebook page. From October 28th – Nov 4th, follow Formula 18 Worlds 2016 to be held in Argentina.