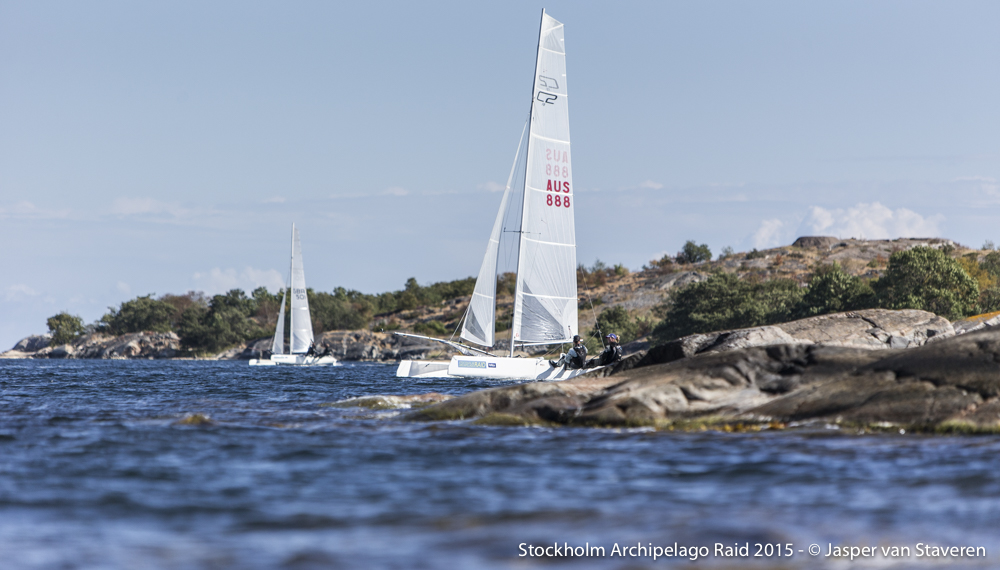 It all started on Wednesday August 26th. Boats from all over Sweden and foreign countries arrived at the KSSS yacht club in Saltsjöbaden (near Stockholm). Measurements and security checks were done and the first skippers meeting was held. Tensions were high because the weather predictions were perfect: minimum of 20 knots of wind and very sunny conditions. On Thursday August 27th the Formula 18 catamarans were launched for the start of this years Stockholm Archipelago Raid.

After the race started Mathias Söderström and Thomas Westergren were immediately on fire. They know their home waters very well. Söderström grew up with lake sailing in similar conditions on lake Mälaren. “It is a great advantage to be on home waters. Not because you’ll know your way around, because you don’t! The advantage is that the wind patterns are very similar, the way they flow around the islands.” Only in the fifth race they were beaten by Ekefalk/Rosengren. “In the fifth race we had a lead of 300 meters, but we hit a small rock at a 18 knots speed. The rudders came off and we capsized. We had great difficulties to put the rudders on again in a 18 knots breeze, but after 15 minutes we were good to go. At that moment we were in last position and had to do everything to catch up with the others again. We sailed hard and fast, had a good boat speed and our strategy worked out well. Finally we ended up in 5th place. I think it’s our best race by far, we only arrived 2 minutes after Thomas and Rasmus who won that race”, tells Mathias Söderström. Also a new speed record was set: Finnhamn -> Fejan (~25 NM) in less than 1 hour and 20 minutes! A very nice averge…

Navigation and strategy is key

The key to success in raid sailing is a good preparation: enough food, equipment & gear in top condition and to have a strategy where both helm and crew believe in. Mathias Söderström explains: “If you want to finish in one piece it is important that the crew can navigate and give correct input to the tactics. The helm can hold the mainsheet and sometimes the gennaker, especially in these heavy wind conditions. Sailing my Viper alone has helped me with this technique.

We also had 3 days of perfect raid training with Thomas and Rasmus one week before the raid. We trained with the GPS and the typical raid reaching angles with and without gennaker that you never sail on a windward/leeward course. This gave us a great speed and tactical advantage. Two of our bullets in other races came from the leaders missing the finishing line because of poor navigation. Normally, we should have been 2nd and 3rd in those races.”

‘The Raid is not only great to sail, but also the scenery is awesome! Everytime you look around you see new things: houses, mills, lighthouses on all the different islands you pass. Next year we’ll be here again and we’ll absolutely bring more Dutch teams. Everyone must have sailed this Raid at least once, so it should be on all Formula 18 sailors bucketlist!”, tell flying Dutchmen Bas Paumen and Pieter Oskam.

The preperations for next years edition already started. Because of the big success of this years edition the expectations are high for next year. More teams will join in 2016 and that means more work for the organization. Lars Linder: “It’s good to see that sailors enjoyed the new Concept with 300 NM in four days and moving between the different basecamps. We’re already busy with the dates for the 2016 edition. This year we had eight nationalities in the raid. Hope to see even more teams from all over the world next year….!

A short FIRST video is available, but more will come soon when all GoPro videos are processed by Max Linder: 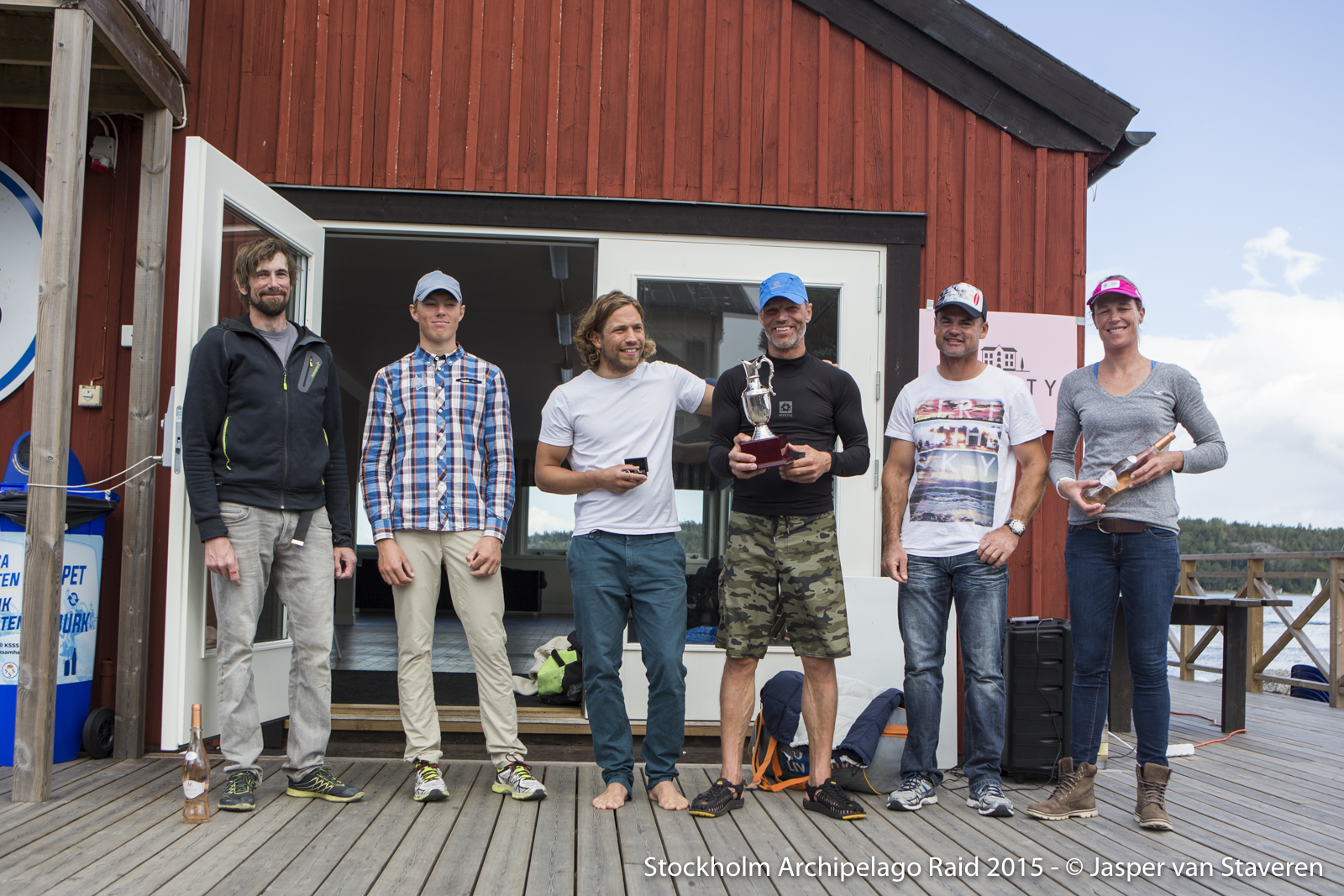 Some nice new goodies (cufflinks) were part of the prize giving. Soon they will be available on the F18 International website. Make sure you’ll get yours in time before Christmas time starts!