The Martinique Cata Raid is already halfway and Orion Martin and Charles Gate are still leading the pack. On Tuesday the race conditions were very light and made it a game of chess on the course. 3 days left before we know who wins this 5th edition of the Martinique Cate Raid.

The start of race 3 was in very light breeze, barely allowing the catamarans to move. After some local breeze popped up it was showtime for the Toulon crew Martin/Gate. Further offshore Gillet/Poix and the Boulogne brothers stayed behind because of lack of wind. This part of the race, downwind along the Caribbean coast, has many changes in wind direction and force.THere have been several battles on the the course when the wind suddenly changed and the top 10 was able to get together again. The Boulgogne borthers came in under spinaker to take over the lead, but capsized not long after that b ut without any damage. With this increasing breeze there were three teams taking advantage of the situation: Gillet/Poix, Kieffer/Lecomte and the Boulogne’s. The upwind part at the bay of Fort de France was tough: 20 knots with guts over 30, heavy rain and almost no visability. At the finish, after a good fight, the local crew Nicolas Gillet and Nicolas Poix won this course just in front of Emmanuel and Vincent Boulogne. In third position Orion Martin and Charles Gate crossed the finishline, who are still the overall leaders in the overall standings.

Nicolas Gillet and Nicolas Poix tell: “After the start in very little wind we managed to come back to the top of the fleet bit by bit. When the first 6 to 8 boats were grouped again we choose to go near the coast where we had stronger winds.From that moment we were in a tight battle with Emmanuel and Vincent Boulogne, who were a threat untill the finishline.”

Olivier Lecomte / Stéphane Kieffer add: “We had already won 10 minutes yesterday and now again we won about 20 minutes, so that’s good! On the first day we broke our crossbar, so we had to make up a lot of time. Today’s race was extremely tactical. Although we were passed by Martin/Gate just a few meters before the finish we are happy with our result.” 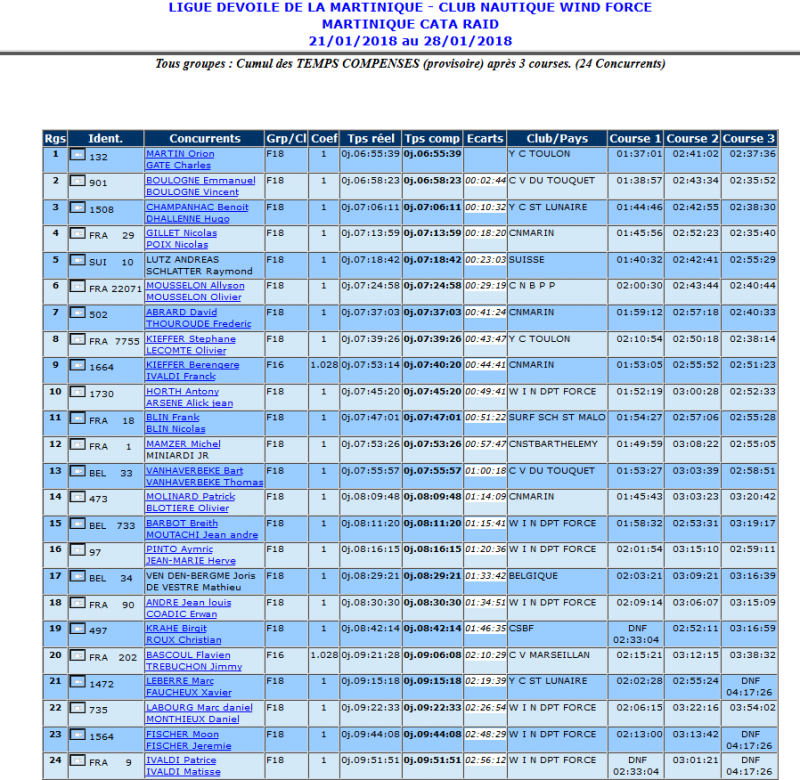