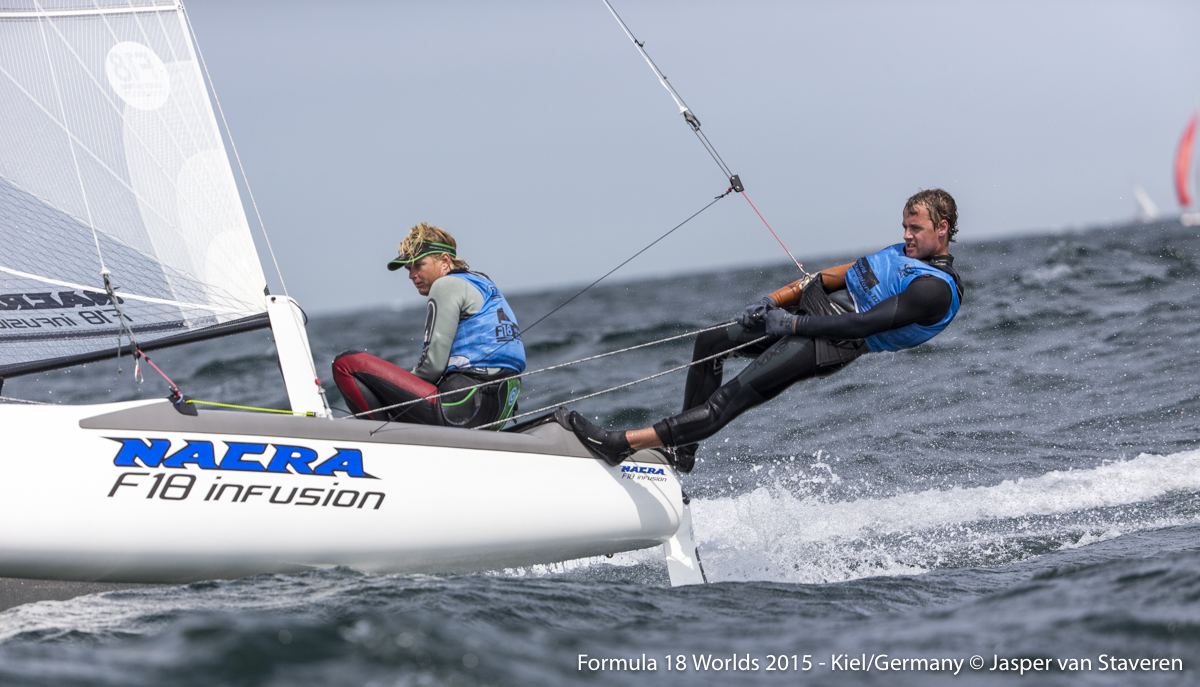 Friday finals have started and tension was high. Magical duo Larsen/Van West (NED) showed that they control their boat in all thinkable weather conditions. At the end of the day they have a 5 points lead on Zeekant/Begemann (NED) who are in second position. Ashby/Goodall (AUS) are third but have a discard (19 points) when four races are completed. This could shuffle the top 3. Saturday the final three races are scheduled in 18-21 knots of breeze. Showtime! 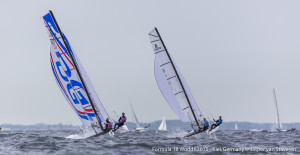 The 2014 World Champions show that they are true all rounders. From 1 to 6 beaufort they are in front of the fleet at the top mark, avoid wipe outs and damage will be key. Also the 2012 Vice World Champs Zeekant/Begemann have a very good chance winning the event. These guys started sailing together again, after a 1-year break, and have been winning almost all competative Dutch regattas this year. But keep an eye on Ashby/Goodall as well. They had an unfortunate wipe out in the first race, but recovered and ended 19th that race. This could be their discard and make a difference in the top 3.

On Friday there were several crashes on the course shorten ‘F18s into F16s’ caused by the 15-25 knot building breeze. Some boats had so much damage that they had to resign the event. The jury had a long evening handling over 30 protests but was also very surprised about one specific boat in Silver fleet. ‘They stopped racing to pick up a sailor from another boat who fell of and brought him back. It was a very well deserved redress according to sailing rule nr. 1’ says a jury member.

On Saturday races are scheduled at 11:00 and can be tracked online thanks to the GPS-tracking on board. All results can be found here.