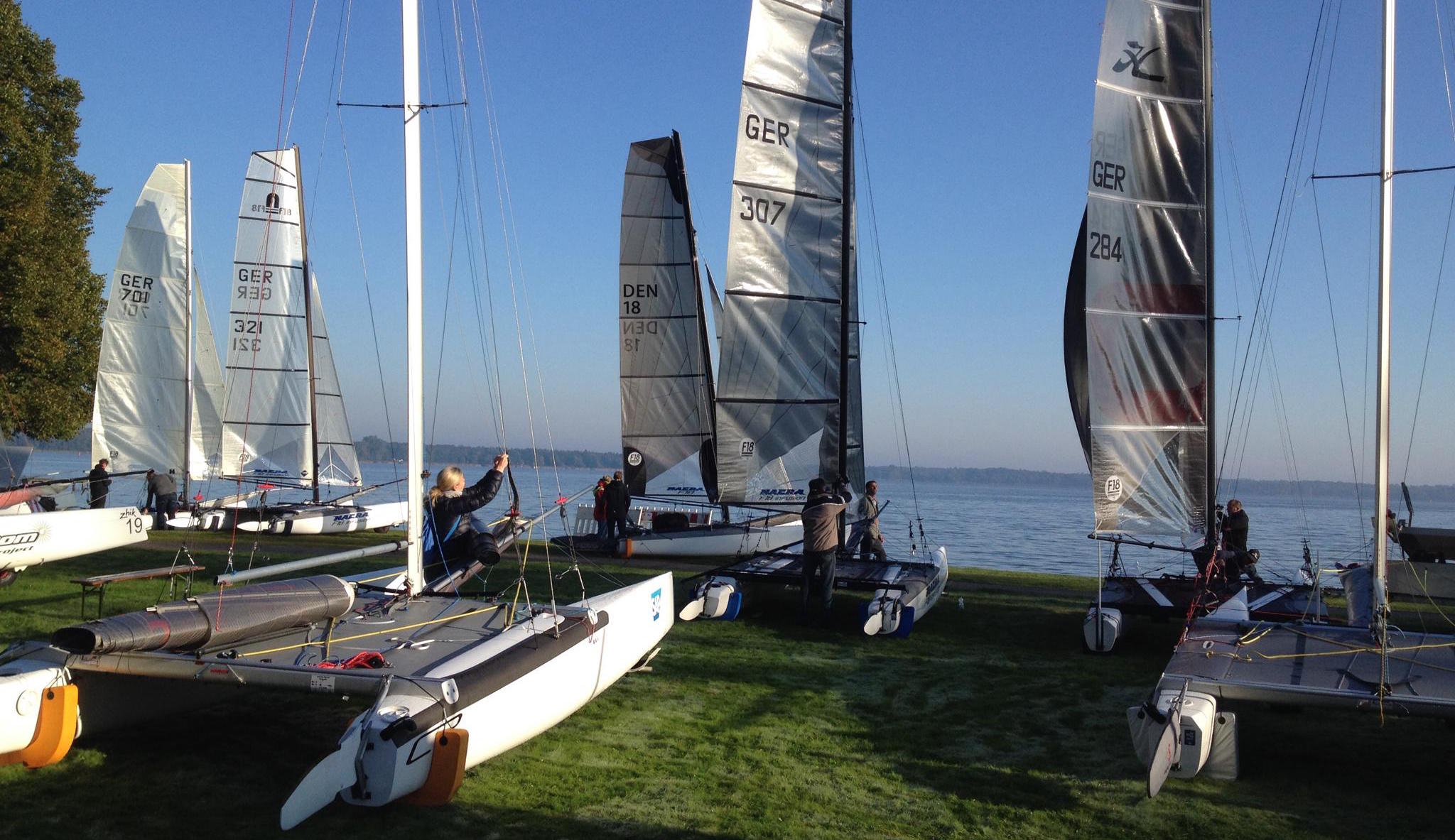 On Friday na races were sailed at all due to lack of wind. Finn Heeg tells: “It was tricky to find a bit of wind all the time. After the races on Saturday, team Lindstädt lead with one point. Team Bräuer was just 3 points behind us and the Danish guys were sailing some very strong races as well. On Sunday in the first race our main tactic was to beat team Lindstädt and cover team Bräuer. At the last top mark team Lindstädt lead, we were second and Bräuer third. The downwind was very exciting: the top 3 teams were stern on stern and we had to wait for the right situation to attack. Bräuer behind us jibet away and we new that they went to the better side of the race area, but we had to attack Lindstädt! They jibet on the layline to the finish, but we had far more pressure and took over the lead. Bräuer won the race followed by us, Lindstädt ended 5th.

Our new opponent now was team Bräuer. We had a great start in the second race of the day and went to the right side of the course. At the first top mark we were 2nd or 3rd… Lindstädt and Bräuer just behind us. After the gate: team Bräuer (upwind) had bad luck with the Danish (downwind). The Danish failed to notice them and Team Bräuer capsized. From now we had to defend our overall position. At the last top mark we were second behind team Wolf , but we chose the right side and won. Lindstädt scored 4th place and was out for the title. At that moment we didn’t now if team Bräuer got a redress for the situation with the Danish collision, so if they had a discard their 8th place from Saturday a redress would keep them in race for the title for us. The last race therefor was very important for us to finish in front of them. The fight was very tight, bow on bow all the time, but …. at the last upwind we lead and covered them until the finish line!”, tells an enthousiastic Finn Heeg.

Also Sven Lindstädt looks back at a great venue: “It was the 2nd regatta Jesse and I sailed a regatta together after the Travemünde Week 2015. Alos it was the first time with the big jib and spinnaker on board. With ‘just only’ 9kg ofweight on the beam we’re glad we managed to get second overall in these very light conditions. Next weekend Jesse and I will go to Wismar, we’ll see what will happen there”, smiles a proud Sven Lindstädt. Sven & Jesse are (again) a very competative Formula 18 ‘father & son’ family team that we need to keep an eye on in the near future! 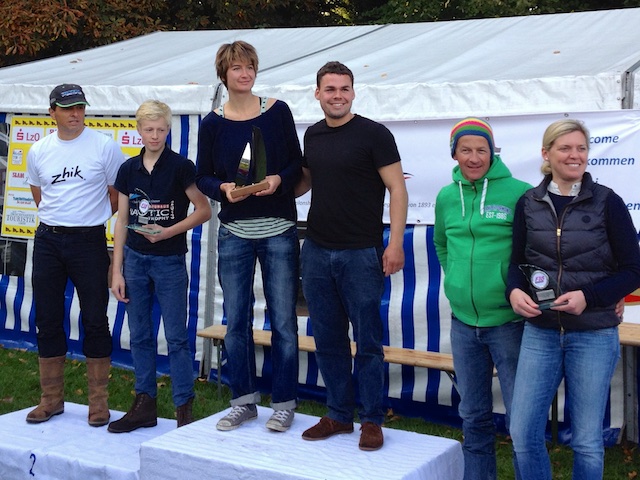