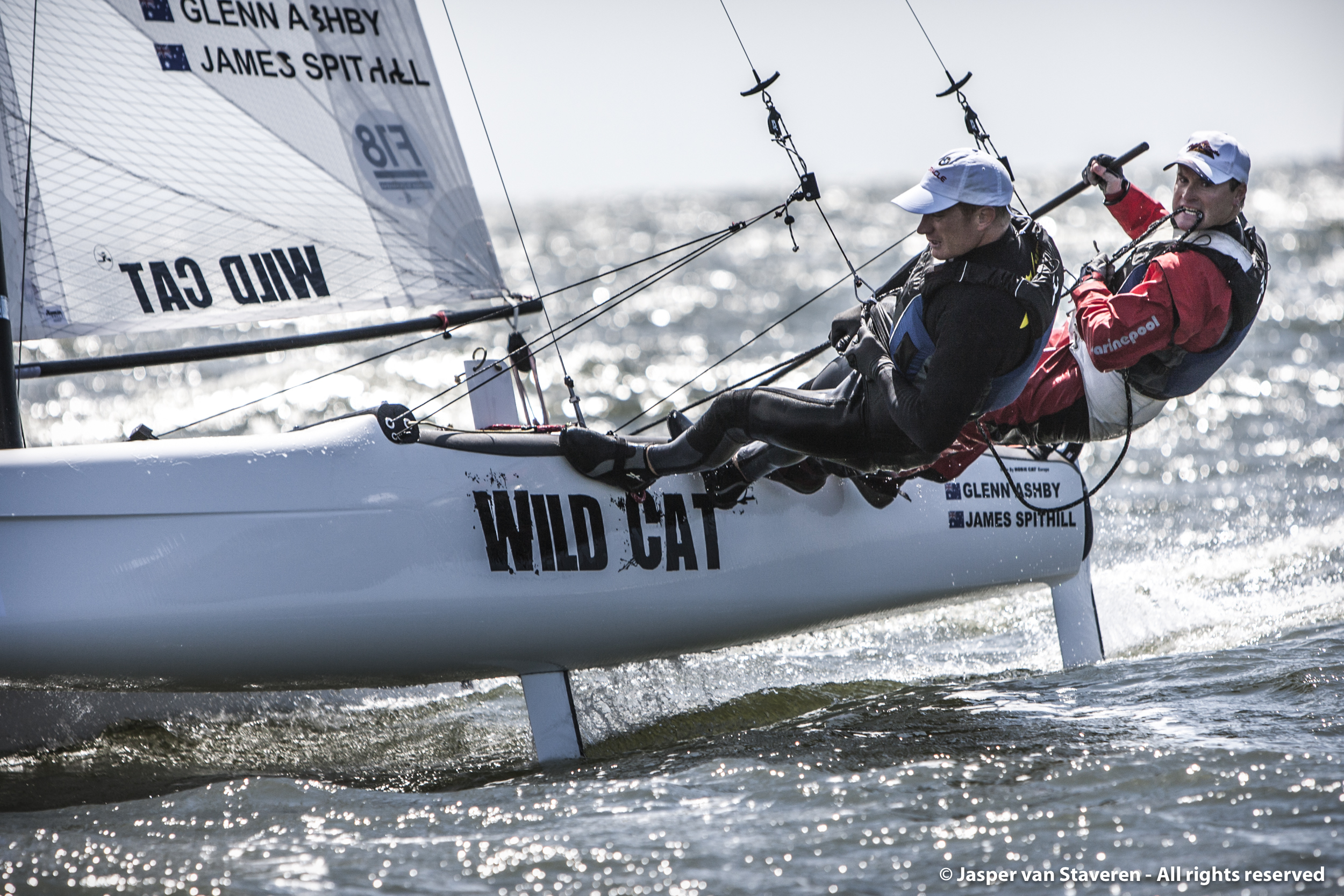 James ‘Jimmy’ Spithill and Glenn Ashby playing their game ‘Master & Commander’ in Bermuda at the Americas Cup finals. Not many people know the fact that Spithill and Ashby have been sailing Formula 18 in 2010! In 2010 Spithill gave an interview during the 10th edition of the Formula 18 Worlds in Erquy about his personal drive to sail a Formula 18… with Glenn Ashby as helmsman.

In a video interview Spithill explains his reasons to sail the Formula 18 that year: “I definitly wanna do more multihull sailing. There’s a 50-50 percent change the next Americas Cup will be a multihull. And… either way, I’m going to stay in multihull sailing becasue it’s a lot of fun and very enjoyable!” Nowadays we all know better, the Americas Cup is on of the most spectaculair multihull events. 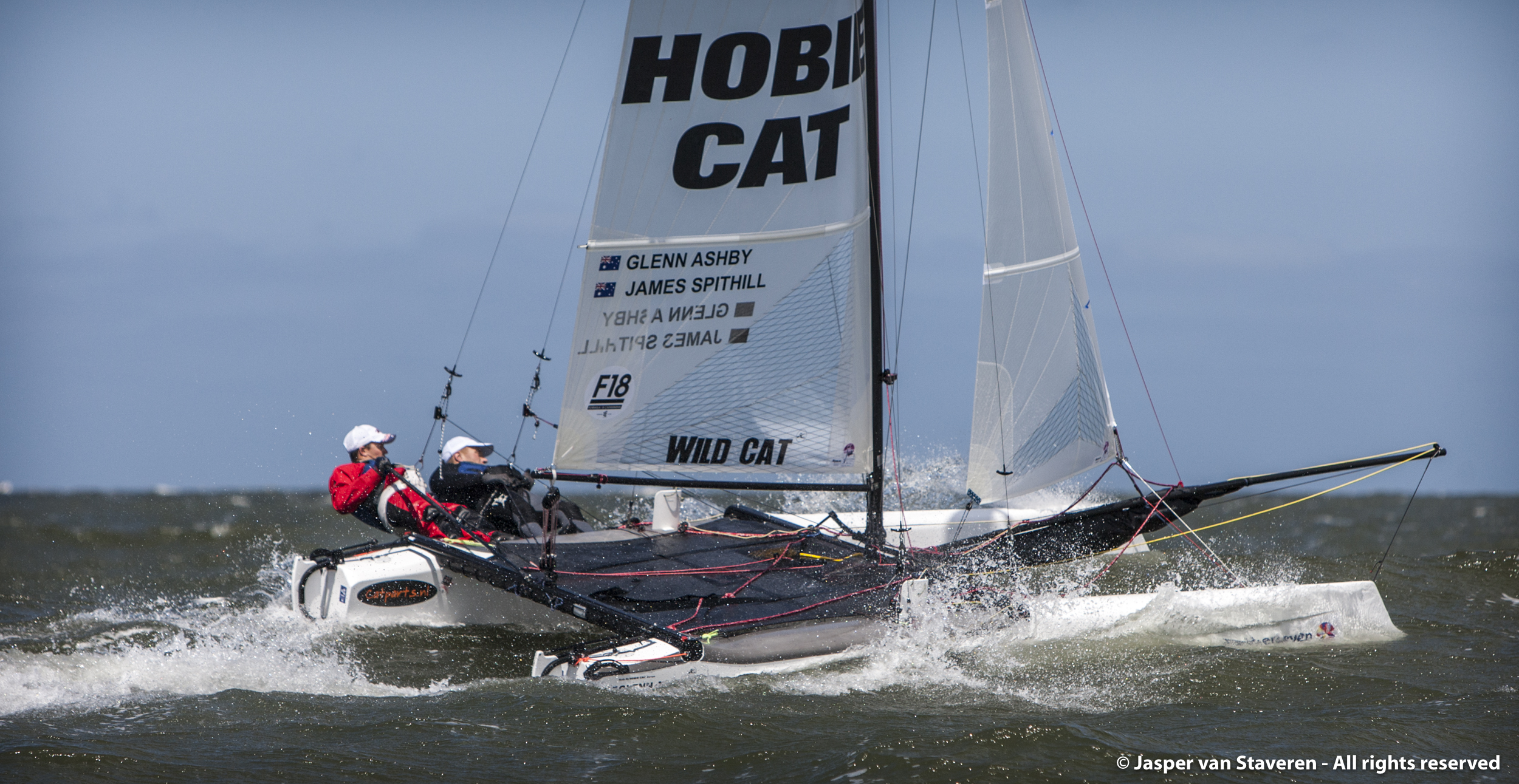 But not only Spithill gave his positive comment on sailing the F18 multihull. In 2015 Glenn Ashby, multiple A-cat world champion, joined the Formula 18 Worlds in Kiel as helm again with Brett Goodall and ended up on the podium. In 2015 he said: “A year is a long time to not have put a trapeze harness on for me, compared to my life in previous years where you had the thing on most days it seemed…..! Sailing for me has taken on a very new path these days with my role in the Americas Cup and Emirates Team New Zealand, but I really enjoy it when I can get “back to basics” and learn how to sail again, simply pull the Cunningham on hard, lean back, and send it! For me personally, I really enjoy the big fleets the F18 seem to enjoy at the Worlds. There are lots of boats on the water, big start lines and plenty of action that keeps you on your toes and re-connects me to what are the reasons I enjoy multihull racing.” (Check the whole article here)

Also Mitch Mighty Booth came into play in the same video interview with some strong comments why you should do Formula 18 sailing: “The biggest change in Formula 18 sailing was at the time the Capricorn came on the market, and it had a  new idea how the hull shape works. The way the Formula 18 works… it’s a good balance between bringa a club level sailor, weekend sailors and professionals together on one sort of boat. The top level sailors maybe doing things a little bit cleaner and a little bit quicker, but… you still see some really good club racers out there and they can mix it up as good as anyone else.”

Besides Glenn Ashby and Jimmy Spithill we have had some other Formula 18 top dogs at this years (youth) Americas Cup too….

So I think we can say: ‘As long as you keep sailing Formula 18, the bigger the chance a worldwide audience will be watching YOU on a Americas Cup multihull and maybe even the future Volvo Ocean Race multihulls!’