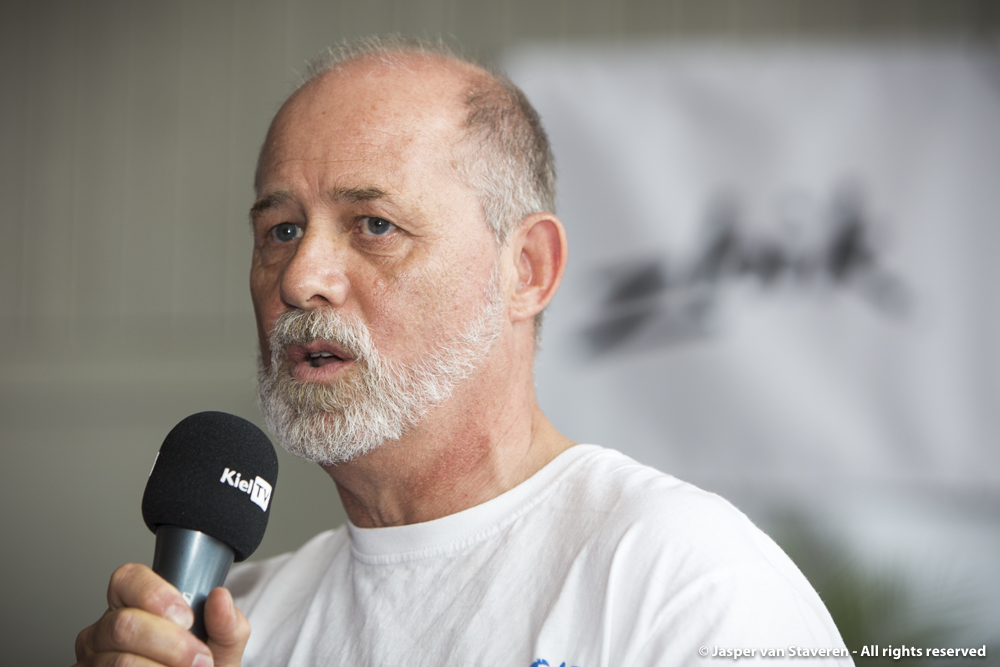 In just only 10 days the F18 Worlds in Denmark will start. We see many teams already travelling to Europa to make sure they’ll be there in time and won’t miss a thing. Almost 150 teams signed up for this edition, so it will be great again! But, the man behind the scene who makes the call during races is important too. Also this years Jury Chair Ewan McEwan is in charge, so knows the F18 way-of-working very well…. Time for an interview!

Based on your Biography we see you have a catamaran track record since 2010 (Extreme Sailing Series and Formula 18, etc). Is there any special interest in catamarans from your side?
McEwan: “My first experience of multihull sailing was crewing a Tornado called “Icarus” which, when she had conventional lateral hydrofoils, held the Class C World Speed Record although I only sailed on her without foils. Then I sailed and coached Dart 16 and set up a project called the Youth Speed Challenge in the UK designed to encourage good monohull sailors to try out multihulls – Leigh MacMillan and Paul Campbell-James came through that programme – so it was fairly successful! I umpired the Extreme 40s in 2008 in Lugano (Italy) and in Kiel (Germany) and then in Oman in 2010 as the third event of the Asian Series organising the first ever match racing in one-design multihulls. I was then asked by Mark Turner and Gilles Chiorri to be Jury Chair and Chief Umpire for the Extreme Sailing Series – and was the first Chief Umpire to do more than 1 year! After 7 years I concluded my role in that Series last December. I’ve been Head Umpire at 2 of the Red Bull Foiling Generation events, Weymouth & Portland (England) in 2015, and Kiel (Germany) in 2016. Overall, I’ve done more coaching and umpiring of multihulls than sailing them! Though that puts me in a good position to apply the rules in a way that is sympathetic to and supportive of the unique characteristics of multihull, like….<examples by Ewan>“

You have been Jury Chairman at Formula 18 Worlds before (in 2014 and 2015), what do you expect of this year’s edition in Copenhagen?
McEwan: “Well of course having the Worlds at an European venue for the first time in two years we expect many entries and with the new edition of boats from some of the manufacturers come head-to-head for the first time in a worlds there will certainly be some highly competitive racing. This of course puts an even greater onus on adherence to the rules.” 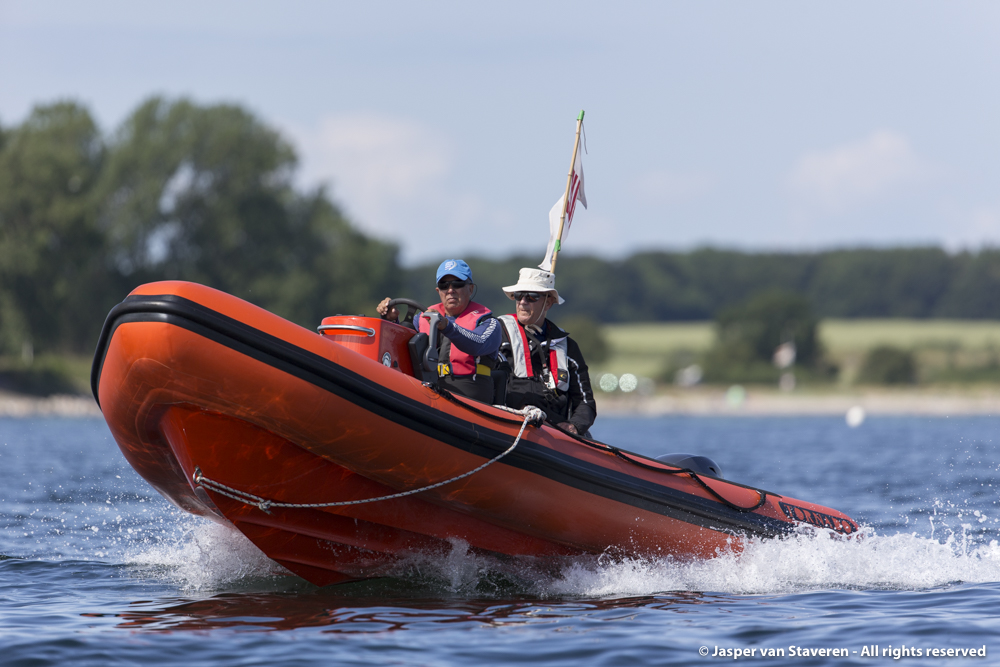 Tensions can get high at a Worlds, but much can be prevented by the Jury on the water. Do you and your team have a special ‘way of working’ when you’re out there?
McEwan: “So for me the key is that all the competitors feel confident that if they sail within the requirements of the rules they will be supported by the adjudication service provided. The competitors, through their class association, set the brief for the jury. The rules can allow for a full range of adjudication from ‘reactive’ – the jury wait on the shore for competitors to lodge protests and then hold hearings – to ‘proactive’ – the jury get involved right from the start of the event planning and help draw up sailing instructions that can even have penalties applied in the race (umpired races). Most classes want something between the two extremes. At the F18 Worlds the jury will be on the water with 2 or 3 boats to observe the racing and act, if needed, as witnesses for hearings. We tend to ‘cover’, patrol, the pressure points; the start, the first crosses, the starboard lay-line into the windward mark, windward mark on the first rounding, the port lay-line into the bottom mark, and the bottom mark.”

Are there ‘lessons learned’ from the Worlds in 2014 & 2015 (Kiel) you’ll absolutely use in Copenhagen?
McEwan: “Well from Kiel we learnt that the fleet prefers to sail all together and not in small groups. I always try to get someone with recent class experience on the jury, if possible, so they can help with current knowledge.”

We now have 125 entries, we’re aiming for ~150 boats to have a similar situation we had in Kiel (2015) with 2 start-lines of ~80 boats. Does this make you smile already or is it ‘your worst nightmare’?
McEwan: “Its great to have so much interest demonstrated, the more the merrier! I think that both events, in 2014 and 2015 were great, and the feedback from the sailors was good too. So if the 2017 event works out as well as those it’ll be perfect.”

Until the Worlds in Copenhagen you probably have other events to attend. Can you give me a little peek in your agenda?
McEwan: “February, I was the Chairman for the Protest Committee for the Mid-Summer Fling in Cape Town at the Royal Cape Yacht Club – fantastic event, fantastic club!

April I was Technical Delegate for my home country federation, the RYA, for the British Keelboat League Qualifier event hosted by the Royal Northern & Clyde Yacht Club, Helensbrough, Scotland – it’s an event designed to encourage the development of keelboat racing around the country (short course, umpired, multi-race format).

Early May was, as usual, umpiring at The Wilson Trophy at the West Kirby Sailing Club. This is the biggest team race event in the world with 30 teams and 3 days racing.  We completed 330 races before moving from the ‘Swiss-League’ round-robin stage to the knock-out stage! Late May I will be down in Cowes, Isle of Wight, at the Vice-Admiral’s Cup working with the Fast 40 class on the water as a ‘whistling judge’ – I follow the race and if there is an incident which a competitor protests that would result in a penalty we fly a red flag, if not we fly a green flag.  The idea is to give the owners of these high-performance keelboats (a bit like small TP52s) confidence that the rules will be upheld.

In June I’ll be in Scarborough Yacht Club for the next British Keelboat League event, this time as an umpire! July, before I come to Copenhagen, I am off to Blanes (Spain) for the International Europe Class Open Week (fleet race qualifier for the worlds) and Nations Cup (inter-country team race).”

The Formula 18 Worlds will be held from 8th-15th of July in Copenhagen (Denmark). More information can be found on the official website and event Facebook (sign up for this page if you don’t want to miss a thing!)