From May 29th till June 2nd the Italian Formula 18 Nationals were held in Punte Ala. This area is well-known among the sailors. In 2004 the F18 Worlds were organized there and the A-cat Worlds 2015 will be there as well. On May 30th races started and three races were sailed every day. From the first race Matteo Ferraglia and Lorenzo Bianchini were unbeatable. With 6 wins out of 12 races they are crowned as the new Italian champions. Second are Mazzucchi/Lisignoli, in third Ferrari/Canepa. 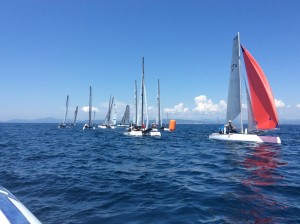 A total of 39 Formula 18 catamarans showed up at this event. With some nice (thermal) wind between 8-12 knots the sailors had a nice and steady event. On race day 1 a constant battle was going on between Ferraglia/Bianchini , Radman/Coni (2014 champions) and Váradi/Petheő. The next day races started with lighter winds (6 knots) but increased during the day to 11/12 knots. Mazzucchi/Lisignoli had a good day of sailing and after their first discard they had equal points with Ferraglia/Bianchini. Everything was open from that moment and everyone was looking forward to the next day of F18 racing.

On the 3rd day Ferraglia/Bianchini were on fire. In thermal winds of max. 9 knots the team from Lake Garda showed the field that they have some good light weather skills and boat handeling. With a 1-4-1 they gently moved further away from Mazzucchi/Lisignoli who were still in second position. Their focus shited to defending this position because Ferrari/Canepa were staying on their tail. On the last day Ferraglia/Bianchini had an ‘easy day’ with a 1-1-1 and deserved the highest position on the podium. 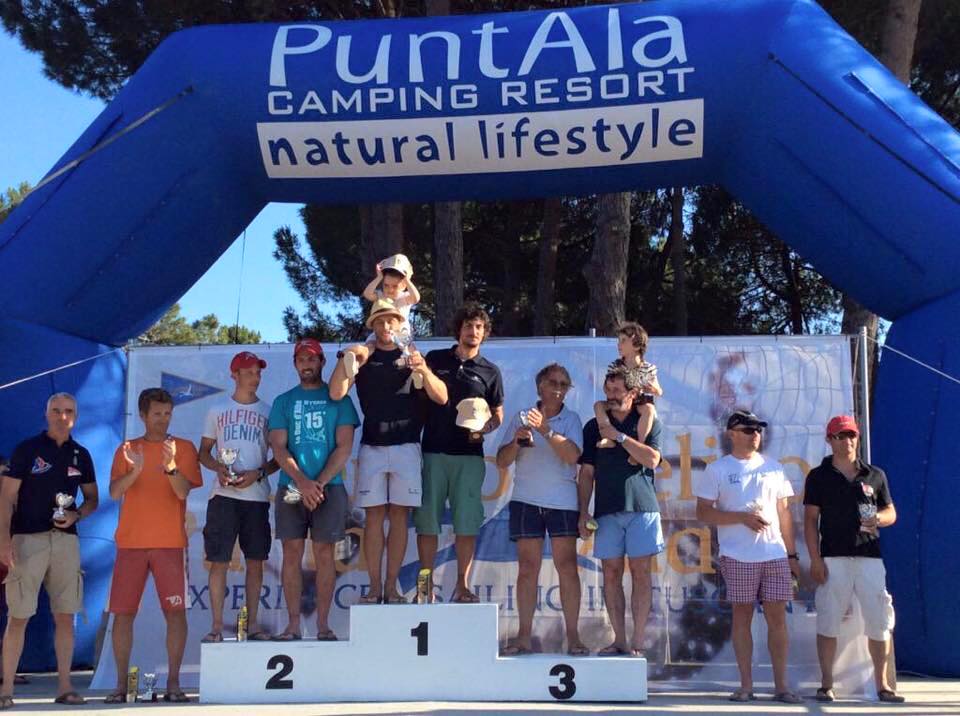 Full results here. We thank Alessandro Pelliccia for providing all the regatta info. The next Italian Formula 18 race will be the 34th Cisalpino Trophy at Lake Garda on 20-21 June 2015.